Readers: nrfirydbif
Remember, whenever considering any childhood activity, no matter how innocuous, first think about how TERRIBLE you’d feel if it ended up a tragedy from which your children (if they survive) NEVER RECOVER. Then go ahead and decide if you think they should do it.

Here’s a lovely exampleÂ of that worst-first thinking, below. It’sÂ from a blog called Frontline Moms & Dads. A similar post, “Why My Family Doesn’t Do Sleepovers” Â is going viral andÂ appears here.

I am often asked by parents about how to handle child sleepovers in their family. To even broach this subject can sometimes feel uncomfortable because it raises so many interwoven issues such as:

At what age are they safe?
At what homes?
With what rules?

So I sometimes hear people practice speeches such as…

“Now if you are at someone’s house and anyone touches you in a private spot or shows you pictures of naked people, I want you to call me right away.”

I can appreciate the training intended by those speeches, and I have said similar things myself. But let’s think logically for a moment. [Note from Lenore: This is where I thought she’d say, “But of course, the odds are that your child will never encounter this on a sleepover.” Instead, she continued — ]

Statistics show that it is very unlikely that a child will actually call for help, even after being told to do so by his/her parents.Â  But even if the child did call, the abuse would already have occurred!

That is why I am going to make a deep proposal.

I know that might sound extreme, but I am not the only voice proposing such a thing.

“I think the day for sleepovers is over,â€Â says James Dobson.â€ Child abuse is so rampant today and so pervasive that you just can’t afford to run the risk.”

Feel free to check out all the reasons. I was considering whether I should post this on my site, since there are a whole lot of people who are worst-first thinkers, and it makes no sense to decry their every post. But after a few of you sent this in, and then the other anti-sleepover piece started trending, it seemed like the idea is or could become mainstream. Â That’s when it makes sense to swoop in and point out that we keep taking away almost every opportunity kids in our culture have to be on their own, unhelicoptered.

While I always advocate teaching your kids to recognize, resist and report abuse, I also am so sick of “abuse/rape/grooming” becoming the FIRST things we think about when we contemplate letting our kids have a night of fun and independence.

As Peter Gray keeps pointing out so poignantly: in most of childhood — school, home, any structured activity — adults rule. Only in play do kids get to be the adults. At a sleepover, they are the adults at NIGHT. How powerful! It’s like Halloween: taking on a scary, exciting Â challenge — being Â beyond your own bed when darkness falls.

I’m desperately hoping the sleepover does not go the way of playing outside: seen only as a danger, not a childhood right (and rite). – L. 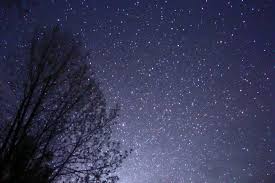 The night is dangerous. (So is the day.)

At Last! Water for Infants!
All Parents to be Supervised by State-Appointed Guardians in Scotland

90 Responses to Are Sleepovers Too Dangerous to Allow Anymore?