“Would ykhayiftnd
Your Kids Pass the Predator Test?” is theÂ name of a specialÂ Headline News is presenting tomorrow. It’s not surprising that they would do a show like this — when you’re in the headline business, every day is predator day, because that’s the headline that reliably grabs people.

The problem is that when we hear about predators all the time, we start to believe that children are in danger all the time. That’s why kids are so helicoptered today: There’s the perception that no child is ever safe without direct adult supervision.

A show that “tests” whether kids can be lured to a car with the promise of a puppy — the premise of this show — makes it seem as if this is a situation kids could very likely be faced with, something on par with, “Would your kids eat a cookie if someone offered it?” What is so hard to understand is that, first of all, the vast majority of crimes against children are committed NOT be strangers they meet at the park , but by people they know. So it is bizarre to keep acting as if the park is teaming with danger.

The other part of the equation is that yes, we do want our kids to learn and use the lesson, “You can TALK with anyone, but you can never go OFF with anyone.” But seeing a show where kids go off anyway is enough to make parents think, “That’s it. I’m never sending my child out again.” It makes it feel as if parents can never trust their kids (they never learn!) or their community (it’s crawling with creeps!). We get completely comfortable looking through the lens of pessimism that distorts everyday life into a Bosch painting.

So, as always, I will mention here the idea (parroted on the Headline show, but obfuscated by its content) that since most crimes are NOT committed by strangers, teaching â€œstranger dangerâ€ makes no sense. Instead, teach your child the 3 r’s:

RECOGNIZE — that no one can touch the parts of your body your bathing suit covers.

RESIST — make a fuss, run, scream, kick if you are being bothered. Often, the molester will leave. Like the rest of us, they prefer it when their job is easy.

REPORT â€“ Tell your children that even if the creep makes you promise/swear not to tell anyone, that doesnâ€™t matter. They — your kids — should always tell you if something weird is happening and YOU WON’T BE MAD AT THEM. This helps keep the lines of communication open, gets rid of at least some of the stigma, and also takes away the predator’s greatest asset: secrecy.

These rules make children much safer than a blanket warning against “anyone you don’t know.” Â And since there is no way to â€œchildproofâ€ the whole world, think of this as â€œworld-proofingâ€ your child.

Meantime, here’s a test us grownups can take: Would You Pass the Predator-Programming Test? In other words, would you refuse to go off and watch a show that is determined to make you feel the world is as awful as the headlines? Fight back! – L. 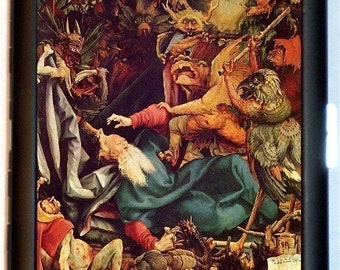 104 Responses to Would Your Kids Pass the Predator Test?