Thanks to our mistaken belief that no one under 18 can have any legitimate sexual feelingsâ€”and hence any sex they’ve engaged in was coerced and bound to render unspeakable emotional harmâ€”we have laws on the books like this one in Wisconsin, according to USA trkatntbns
TodayÂ (boldface mine, all mine!):

In 2012, state lawmakers passed into law a mandatory, minimum three-year prison sentence for possessing child pornography. Previously, judges had the discretion to order lesser penalties depending on the circumstances. That means a 17-year-old who receives explicit images from a younger friend can be sent to prison for possession of child pornography.

Gee, what a great idea. Prison solves so many problems, including reforming those incredibly deviant teens who are interested in sex.

So how’s that working for the Dairy State? Here’s what happened in the town of Rhinelander:

Until November, when the mother of a Rhinelander High School student turned over a nude image of one of her son’s classmates that she found on his cellphone, law enforcement officials had no idea the problem was so pervasive. That single image led police to identify dozens of students, all of whom had been trading explicit images with one another on a regular basis.

“It was overwhelming how many kids were involved,” said Oneida County sheriff’s Lt. Terri Hook…More than 40 students were involved in distributing teen pornography, police said. Few understood that just having the photos in their possession could have landed them in prison â€” and on the sex offender registry for life.

Some good news, at least:

Increasingly, judges and lawmakers recognize that criminalizing every case, especially those involving common teenage behavior, might not be the best response.

Some states have passed sexting-specific statutes to lessen the penalties against minors engaged in sexting. For example, Texas has passed a law that will impose a misdemeanor on a minor’s first sexting offense. Under the statute, a minor may be sentenced to community supervision if he or she completes a state-sponsored sexting education course.

(Which sort of sounds like a class on how to sext. But anyway…) Now that we’re getting a handle on how normal it is for young people to send sexy images of themselves, maybe we can also start understanding that when teens have actual sex, that should not be a felony either, except in cases of coercion and rape. A high school senior with a freshman girlfriend is not a sex offender, nor is a 20-year-old with a 16-year-old partner a rapist. In fact, acting as if teens don’t want to have sex until the day they turn 18â€”and at that point they couldn’t possibly be interested in anyone younger than themselvesâ€”is just plain insane. We are criminalizing hormones.

(I posted this at Reason.com, as well and hope to cross-post much more, to spread the word.)Â 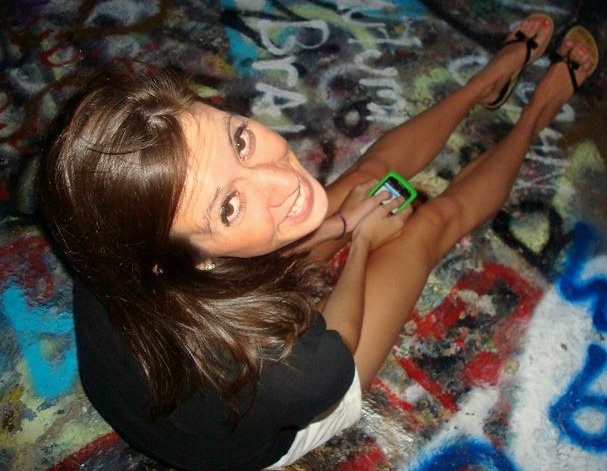 It Happened Once, It was Tragic, and Now It’s The Law
“Bring Back Wildhood” Great Ad from Go RVing !

57 Responses to Are Teens Who Sext “Child Pornographers?”