Steve ybabbhtysr
Yoder, a reporter who writes frequently on sex offender issues, sends us this piece:

A potentially catastrophic storm is headed straight at Florida’s mid-section, which includes Polk County south of Orlando. So on Wednesday, county sheriff Grady Judd tweeted a warning — but not about evacuating or finding higher ground.

“If you go to a shelter for #Irma, be advised: sworn LEOs [Law Enforcement Officers] will be at every shelter, checking IDs. Sex offenders/predators will not be allowed.”

You might think that now would be the time for a top cop to put all hands on deck to rescue people who need help. Instead, some portion of Judd’s force will be standing at county shelters to turn away those on the state’s sex offender registry.

A rule like that would sound inhumane even if we had evidence that kids are more at risk in evacuation shelters. But the sheriff didn’t bother to prove that his decree will solve an actual problem. No studies show that children face more danger from sexual abuse and assault at evacuation sites. A comprehensive 2007 paper on sexual assaults during storms noted that “…there is relatively scant data on the vulnerability of evacuees of hurricanes or other disasters to sexual assaults in the United States.”

Worse, the group the sheriff is exiling — “sexual predators” — is a hopeless mélange, encompassing even teen sexters. While much of the public believes that anyone on the registry is an insatiable predator, study after study has shown that 95% will not offend again. A op-ed this January in the Gainesville Sun by a therapist who’s worked with ex-offenders for 20 years explains it best:

When it comes to offenders, children as young as 14 who may have “experimented” with neighborhood kids, can, and regularly are, convicted of sexual offenses as adults. Since their victims are almost always younger, they are considered especially dangerous, as they have “targeted” such young victims and are thus labeled “sexual predators.”

She gives examples from her caseload:

An 18-year-old high school student has sex with a 16-year-old from school. He is convicted of a sex crime against a child, must drop out as he cannot now be around “children,” and his hopes of joining the military after graduation are dashed. Instead he is labeled a sexual predator for his entire life. Had he done this in Georgia, where the age of consent is 16, no crime would have been committed.

A 22-year-old man meets someone in a chat room who claims to be 20 and posts a stock photo of a woman roughly that age. The conversation turns sexual and they exchange photos of their genitals. Her parents discover the photos and call the police. He is arrested and convicted of sending material harmful to a child and labeled a child sexual predator. She was 14 years old, though he had no way of knowing this.

A 23-year-old man goes to a dance club and picks up a woman at the bar. She goes home with him and they have sex. Three weeks later, he is arrested on a child sexual battery charge. The “woman” was 17 and used a fake ID to get into the bar. When she bragged about her sexual encounter with her school friends she was overheard by a teacher, who was mandated by the state to report the crime. The man is now convicted and labeled a sexual predator.

I do not mean to imply that there are not true child victims, children sexually exploited by unscrupulous men. Nor do I want to minimize the harm done to children by a trusted adult, such as a stepfather. Children are profoundly harmed by such activity.

[But] when the term “sexual predator” applies alike to young men with “consenting” partners as it does for pedophiles, the term is, in effect, meaningless.

And so is the punishment. What’s happening in Polk County shows we should beware when officials devise draconian rules punishing particular groups. It’s almost never true public safety they’re after — they’re looking for an easy way to convince voters that they’re doing their jobs.

Even when they let their collateral damage drown. – S.Y.

LENORE HERE: It comes down to this: For the sake of being humane, shelters must accept all humans. No one is ever absolutely safe, not even kids in their own homes (especially considering the vast majority of abuse is committed by someone they know). Sending people out to drown is not an option. The sexter you save may be your own teen. 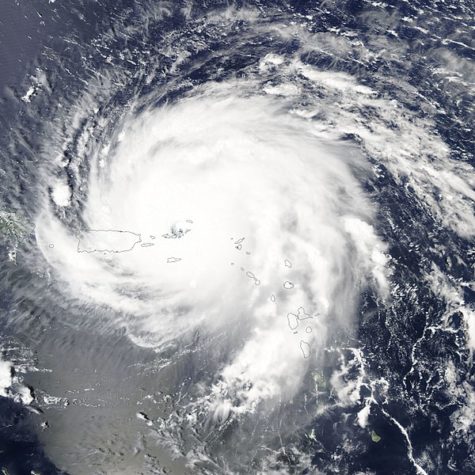 Did your 18-year-old get caught sexting his 16-year-old girlfriend? Florida sheriff will let him drown.

A Predator Behind Every Tree
Globe and Mail Tells Government to Back Off and Let Parents Free-Range!

29 Responses to As Irma Bears Down, One Group Gets No Shelter