Readers — This is a strange story that gives me heart.  A stranger helps a runaway girl. Her parents, rather than accusing him of impropriety, are grateful. The girl seems fine and the stranger is happy with a low profile. No one accuses him of white slavery, pink slavery, any slavery. This is as good as a runaway situation can be! And it’s news!

The father of runaway schoolgirl Michelle Levy says his daughter ate chocolate, read books and slept on a spare mattress but does not know anything about the stranger who allowed her to stay in his eastern suburbs unit for two nights. And he does not want to. Adam Levy said he wanted to thank the man who had “taken her under his wing” but did not think it was important to ask his 11-year-old daughter what his name was.

“If he wants to be in touch with us, we welcome the opportunity to thank him but beyond that we are allowing him to go his own way,” he told Fairfax Media on Tuesday.

A day after the Woollahra Public School student was found safe and well, police and paramedics were called to the Randwick unit block where she had been staying with a man aged in his 50s.

Police said they were concerned for the man’s welfare after he failed to answer his mobile phone on Tuesday.

Concerned about the man instead of “suspicious?” Lovely! You can read the rest here, savoring the reminder that when men in their 50s meet runaway girls, the upshot is not necessarily lurid. In fact, it can involve activities as prosaic as reading and snacking. – L 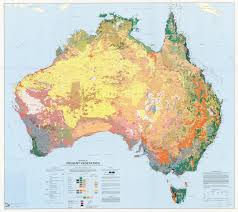 It’s a brave man who takes in a young runaway.

85 Responses to Australian Runaway Girl Spent 2 Nights at Male Stranger’s Home, and Everyone is Cool with That