The owner of the Aurora movie theater that was the site of a deadly 2012 attack could have reasonably enough foreseen the danger of such an attack to be held liable for it, a federal judge ruled Friday.

Noting “the grim history of mass shootings and mass killings that have occurred in more recent times,” U.S. District Court Judge R. Brooke Jackson ruled that Cinemark — owner of the Century Aurora 16 theater — could have predicted that movie patrons might be targeted for an attack. Jackson’s ruling allows 20 lawsuits filed by survivors of the attack or relatives of those killed to proceed toward trial.

“Although theaters had theretofore been spared a mass shooting incident, the patrons of a movie theater are, perhaps even more than students in a school or shoppers in a mall, ‘sitting ducks,’ ” Jackson wrote.

Wait a second — doesn’t that mean that any group of people anywhere are “sitting ducks”? Does that mean every public place must always be on guard — literally, with real guards,guns, metal detectors and snipers — just in case a mass shooter bursts in?

Here is what lawyer Scott H. Greenfield writes on his fantastic blog Simple Justice about this ruling:

So because it’s never happened before, the likelihood that it was going to happen was sufficiently predictable that the theater should have been prepared for it?  Extrapolate that reasoning to all the places where no one has ever been slaughtered by a madman and consider the ramifications.

…the duty of businesses [will be] to be prepared for the act of a one-in-a-million crazy.  The biggest growth job in America will be armed guard. Every theater will require its own SWAT team….  Office buildings, parks, skating rinks, pretty much anywhere more than three people gather, could be the next target of a madman. They will all need security, armed with the weapons needed to take out any crazy.

Judge Jackson seems unable to accept the idea that we can only make society reasonably safe. Trying to predict and prepare for one-in-a-billion disasters is impossible every which way: financially, socially, physically. Not to mention the unintended consequences of a society chock-a-block with armed guards.

Perhaps it’s hard for the judge to come to grips with the sad truth that there is no such thing as absolute security. But there isn’t. And he should.  – L 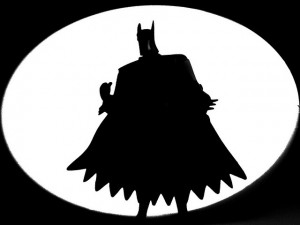 Watch Police Interrogate the Mom Jailed for Letting her Daughter Play at Park
TV Expert: No Kid Should Go Outside Alone Till Age 11, And Then Only in “Short Spurts.” UPDATE, BELOW

53 Responses to “Batman” Shooting Could Have Been Predicted, Judge Rules