Remember the Mantra of Our Times: If it happened once to anyone, anywhere you should start worrying about it now! As WLKY zekttnfizt
reports:

LOUISVILLE, Ky. â€”Nearly two weeks ago, Audree Kopp was in the middle of moving into her new home.Â  In the midst of the chaos, she noticed a growing bump on her wrist.

“It just kept getting bigger and redder and worse,” said Kopp.

Kopp went to her doctor, who gave her antibiotics.Â  But the bump continued to grow. So she went to the hospital and underwent emergency surgery.

“They said I needed surgery, and thank God I caught it in time, or I could have had sepsis,” she said.

“She had a large abscess on the back of her wrist, so I basically made an incision and drained the puss all the way down,” said Dr. Amit Gupta at Norton Healthcare.

Gupta said bacteria from Kopp’s hair-tie likely got under her skin through her pores and hair follicles, causing three types of infection…

And so, of course, we come to the reason for this cautionary article: a cautionary caution!

“Be careful, you can’t put all these hair-ties around the wrist particularly because it can cause problems with the skin, it can cause infection,” said Gupta.

Yes, of the billions of hair ties in the world, YOURS MIGHT KILL YOU.

Amelia Earhart that I am, I am defying death RIGHT NOW with a hair tie around my own wrist. Crazy, I know! If you don’t see any blog posts for a few weeks — or EVER AGAIN — you will know why.

P.S. Do NOT click on the link to the article if you are eating, or have eaten in the last 24 hours. 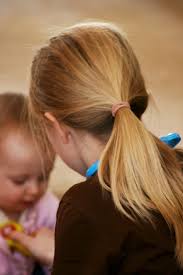 I pray for the girl in this picture!

24 Responses to Beware the Glittery Hairband!