A bthdzbiekk
blind girl in Britain has been told she cannot use her cane at school because it presents a tripping hazard.

AÂ tripping hazard, that is, to the people who can see her — and her cane. According to theÂ Bristol Post:

Lily-Grace Hooper, who is seven, suffered a stroke when she was just four days old, which left her virtually blind.

But her school, Hambrook Primary School, has now told the youngster she can no longer use her walking cane, because it could trip up teachers and other pupils at theÂ school.

A risk assessment by Gary Learmonth from Sensory Support Service â€“ done on behalf of the school â€“ said the cane caused aÂ high riskÂ to other people around Lily-Grace, and that she should instead have full adult support “100 per cent” at all times.

In other words, at the risk assessor’s behest, the school is ready to create a dependent and incapacitated child out of a bold and bubbly girl who was getting around just fine. In fact, she’d come up with the cane idea herself, after tripping over some wrapping paper rolls at Christmas, and then realizing she could use them to tap her way around.

Her mother is, not surprisingly, beside herself:

“What about the health and safety of my girl? I like school, they are a good school, but this really is very poor advice.”

Perhaps. But to a certain bureaucratic mind, it not poor advice at all. It’s sensible! Jo Dent, the head of the school, insists, “The pupil has not been banned from bringing in their cane, we have simply asked them to not use it around school as a temporary measure, until we have the chance to meet with the parent and discuss the situation.”

Which is sort of like saying the gasping patient can have the oxygen tank in his room, he just can’t use it until after some more discussions.

Fortunately, an exec from Britain’s Health and Safety brigade has weighed in and said there is nothing that prevents a child from using a “walking stick” in school.

Nothing except a mindset that can’t see the forest for the tripping hazards. Quoth Ms. Dent:

“We have to consider all our pupils, so it’s important that we have an opportunity to discuss the situation before we make any decisions.”

Now there’s a lady who likes to discuss! Maybe once those discussions ensue she will see the light: Independence is the goal. Not blind adherence to bureaucracy. – L 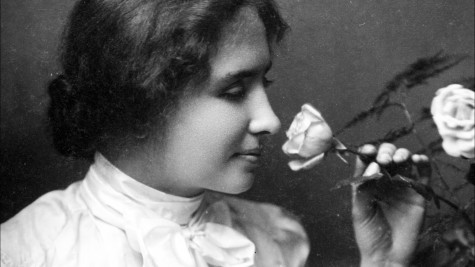