What is it that the authorities do not understand about what it means to be human? Humans cannot be perfect. Humans cannot see all. And yet, in cases like this — a 4 year old with autism wandering away from the home without his mom’s knowledge — we seem so ready, even EAGER to blame the parent. The story, as reported by KETV ibihyyfshe
7 in Omaha, is simply this: The child wandered off. When his mom realized he was missing, she went out to search for him. Meantime:

911 dispatchers received a call around 8:15 p.m. Thursday about a child standing on the corner of Northwest Radial Highway and Hamilton Street. The child had been there about 10 minutes with no adults nearby, according to a police report.

The child was unable to tell police where he lived or the names of his parents.

At 8:33 p.m., 911 received another call from a woman reporting her 4-year-old autistic son was missing.

According to the police report, officers went to the woman’s home.

Now she has been cited for suspicion of neglect.

As for the child, that he ended up at a street corner should come as no surprise. Apparently “wanderings” by kids with autism are fairly common (see this piece), and often the children are drawn precisely to the most dangerous places: bodies of water and busy streets.

I can’t even imagine how many challenges the families of kids with autism face. Facing a suspicious and unforgiving legal system should not be one of them. 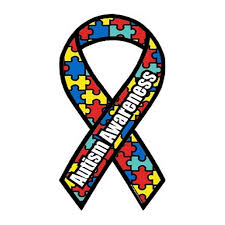 A family with a child with autism should not have to endure an unforgiving legal system.

Letting My ONLY CHILD, Age 6, Cross the Busy Street by Herself
A Camp with Only 3 Rules

79 Responses to Boy with Autism Wanders Off, Frantic Mom Searches, Calls 911, is Cited for “Suspicion of Neglect”