Readers — This “incident” took place the other afternoon on Prince Edward Island, Canada. A bus from the Red Cross swim program arrived a little early to the bus stop (the local school parking lot), so the driver dropping off a brother and sister, 7 and 9, told them to wait in the shade. And then — gasp — he anbnhezink
left them alone.

Their parents, Nicole and Martin Rogers, arrived not 10 minutes later and were livid:

â€œI was scared,â€™â€™ Rodgers said in an interview on Wednesday. â€œIâ€™ve never been so scared and so mad at the same time in my life.â€™â€™

Scared because of what could have happened, he said. Two young children left alone in an unfamiliar setting.

Nicole Rodgers, Martinâ€™s wife, said a million things went through her head when he called and told her what happened.

â€œAnything could have happened,â€™â€™ Nicole said. â€œThere are predators out there. A school parking lot is the perfect place to pick up two kids, especially when you see them crying and scared. When he filled me in on what happened I was shaking. They could have been abducted, I might never have seen them again. Everything goes through your head.â€™â€™

The administrator in charge says that the bus driver left the kids off in what he considered a safe location. Nonetheless, he promised to make sure “the same thing” never happens again. I guess “the same thing” being kids ever left anywhere without a adult waiting right there to escort them home.

Meantime,Â Â the local Red Cross branch filed an “incident report” and is looking into potential bus procedure changes, including having a second adult on the bus the first week (nothing like extra layers of adult supervision!) OR making parents arrive at the bus stop half an hour early EVERY DAY so that if the bus is early, the children will never be on their own. I”m sure all the other parents would love to carve out an extra half hour of their day to wait at the stop.

And most naturally of all, the offer of an apology by the bus driver was not enough for the parents.

2 – Maybe one of the ways we got into this culture-wide pickle is the word “incident.” Events that are tiny, silly, unworthy of any big response nonetheless now have a category they fall into: they are “incidents.” And once you have a name for a non-event, it turns into a real event, with its own protocol and paperwork. And umbrage, of course. Always umbrage. – L. 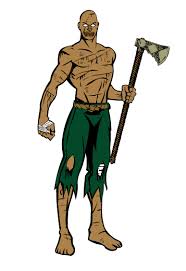 It was just LUCK the kids were not attacked by someone like this!

Cops Who Were Going to Induce Teenâ€™s Erection Decide to Beat It
How It Feels When Your Child is MISSING at the Grocery!

61 Responses to Camp Bus Drops Kids Off 10 Mins Early, Parents Furious: “They Could Have Been Murdered!”