Okay, okay, the mom shouldn’t have left the keys in the car when she ran in to do something quick at work before taking her son, age 8, to school. But here’s bzibyabinz
what happened next, in Norfolk, VA:

Two men who stole a car from outside a Norfolk post office discovered a young boy inside the vehicle… so they dropped him off at school!

Norfolk Police say they responded to a call shortly after 8 am in the 400 block of W. 20th Street for a possible stolen vehicle.

13News Now has learned that two carjackers got into a car that had been left running outside the post office. Finding an 8-year-old boy inside the vehicle, they asked where he would like to be dropped off.

The child told the suspects to take him to Ghent Elementary School, which they did, and then took off in the vehicle.

So the real moral of the story is this: Kids need better training. When carjacked and asked, “Where would you like to go?” they should be ready to reply, “GameStop,” or perhaps, “McDonald’s.” This unprepared kid was involved in a real life Grand Theft Auto and didn’t even get to even miss first period. – L 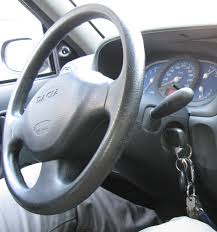 Carjackers like cars with keys in the ignition, not kids in the back.

Facebook Will…Wait. What?
Blind Girl Can’t Use Her Cane at School — It’s a Tripping Hazard