Readers — Did you knowÂ that until now, prisoners up for parole would automatically be turned down if they continued to “insist” they had not committed the crime? Using theÂ dumbed-down, talk-show psychobabble that passes for truth in our justice system, proclaiming innocence was actually considered PROOF that the prisoners were in denial, hence, unrehabilitated. Â And so, those who maintained their innocence spent MORE TIME IN JAIL.

Here’s biisfasfhd
the story from yesterday’s New York Times about it.Â Kudos to reporter Stephanie Clifford. And the Free-Range point? It’s a little around the bend,but here goes.

We all know that when a culture is wracked with fear, it cannot think straight. It is willing to give up its liberties, its rights, its neighbors, just to stay safe. (As if!) Our country, in that grip of fear, has rushed to incarcerate more human beings, per capita, than any other nation on earth.

Some of them are guilty. Some of them are innocent. Many of them serve sentences long past any time they could be considered a threat, including the man Clifford begins her story with:

BEACON, N.Y. â€” After 28 years in prison, Freddie Cox emerged from the Fishkill Correctional Facility, not quite a free man, but free enough.

A sister had cued up Sam Cookeâ€™s â€œA Change Is Gonna Comeâ€ on her carâ€™s CD player, and, after hugs, Mr. Cox put his two small bags and his typewriter in the car and squeezed in alongside the others, heading away from prison, windows down.

Mr. Cox had been imprisoned for a 1986 murder in Coney Island, Brooklyn. He said then and he says now that he is innocent â€” and he has maintained that position at four parole hearings.

Three times, the parole board rejected Mr. Cox, even though a co-defendant â€” who admitted to the murder, and has said Mr. Cox was innocent â€” was granted parole three years ago.

The predicament that had confronted Mr. Cox is known as the parole paradox: Admitting guilt has historically given inmates a better shot at parole. 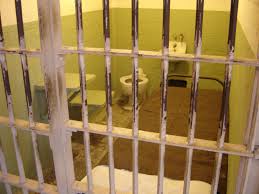 Say you’re innocent and settle in for a longer stay.

Seattle Special Needs Playground Destroyed for “Safety’s” Sake
WTD? Woman Who Didn’t Stop for Donald Duck In Crosswalk Claims She was Too Scared