Readers — Yesterday, on Google plus, I put a link to my post dnrtrrdzne
about the 7th graders who weren’t sure whether to help an 84-year-old who asked them to bring her a Â package from her driveway. I said that when we teach kids across-the-board “stranger danger” we aren’t making them safer. We’re stunting any kind of common sense and street smarts we’d like them to develop, by making them scared of absolutely everyone.

Here’s the one response that got me shaking:

Lenore: I usually agree with you. Unfortunately, this time, you’re dead wrong. The boys should’ve gotten a well known and trusted adult to take the box into the woman’s house.

Look to the three girls that were taken in Cleveland as proof that you can’t trust adults on anything.

Dead wrong? That is classic “worst-first thinking” — thinking about the very WORST case scenario first, no matter how exceedingly rare, and acting as if it is the most relevant.

So if any of you have great rejoinders that actually work, I’d like to add them to my arsenal! – L. 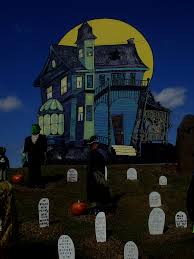