Hey Readers — Here’s an 8-minute CBC (Canada’s public radio) interview hzdhthbrbe
with a mom who let her boys play in the local park and got the cops called on her. What I absolutely love about her is the fact she sounds like us! She just wants the kids to have some free time to play. Apparently the nervous onlooker called the police after overhearing one of the kids say he was thirsty, and the other one reminded him, “Mom doesn’t want us back for another half hour.” The onlooker smelled ABUSE! But as the mom oh-so-beautifully explained to the radio interviewer:

I think that is what triggered her to make that call. And I kind of get it, but on the other hand, thereâ€™s nothing wrong with that… Weâ€™re so primed to think that a little bit of physical discomfort is a really bad and scary thing.

Kids don’t have to have their every need (or even their every want) met instantly? Imagine that! And then, when the interviewer asked the mom if she was scared of her kids being abducted, she said…NO! She knows the chance is almost nil and thus the fear is not strangling her. But best of all was the cop’s reaction when he had to approach her: “He was an apology in motion,” recalled the poetic mom. “Heâ€™s still 50 feet away saying, ‘No one is in trouble mom! Thereâ€™s nothing happening here thatâ€™s against the law.””

So instead of a confrontation, the two ended up having a chat about the cop’s own kid: Â ” Heâ€™s 12 and they’re having a little bit of difficulty releasing the apron strings to let him walk a dog. But I could see his frustration,” says park mom.

Sounds like the officer is Free-Range at heart. And the upshot is that now he is going to have this mom’s record on file — in a good way! So if anyone calls to say they’ve seen her kids at the park, unsupervised, he (or the other cop at the station) can respond that the police are aware of those kids, they’ve met the parent, and it’s perfectly fine for the kids to play on their own.

Wish that were on file for all of us as a matter of course. What a difference a Free-Range Cop can make! Â – L. 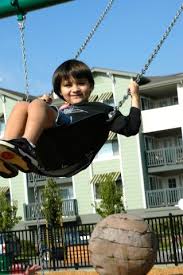 Cop to kids alone in park: Play on!

PERVS WITH PEEPS! Children in Constant Danger – Easter Edition
Bludgeoning Children (Not as Bad as It Sounds)