Kudos to the ScaryMommy blog for scaring upÂ this innbdnnyhz
truly bloodchilling memo from a pre-k. While cheerily (or perhaps dutifully) noting “Autumn is officially here and so is our second month of school,” it then launches into the real meat of the matter: Your kids stink and it’s all your fault.

â€œWe made it through a really tough first month with tears, attitudes, unwillingness, not listening, not obeying the rules and especially, too much talking and not enough sitting in seats when asked to. We work on this every day at school, but we need help from home, too. We realize kids donâ€™t want to sit and would rather talk and play when they want to; but thatâ€™s not how school works.

Preschool is preparation to go on to â€œbigâ€ school and these things are important there, too. We simply canâ€™t say that our kids donâ€™t like coloring and sitting still because Kindergarten and first grade have a lot of coloring. Please, work five or ten minutes each day with your child on this and youâ€™ll see improvement. We have seen improvement with several kids already. We realize itâ€™s a fast paced world and parents work, but the adults in the house have to be in charge and help the kids to understand this. Please, talk to your child about the importance of sharing, not fighting, keeping their hands to themselves, and learning to get along with each other. Remind them that once we pick up the toys that we donâ€™t get them back out again, because we are done playing and going on to learning fun things.â€

Because if your kid learns nothing else this year, at least they should get it through their thick pre-k skulls: LEARNING and PLAYING are diametrically opposed. The sooner your kids die a little each day, the better off they’ll be.

Gray goes on to talk about an even longer study, tracking students from pre-k through their 20s. The ones with less free play were less likely to be married and more likely to have committed a crime.

So if your pre-schoolers are learning to live under prison-like conditions, that just might come in handy. – L 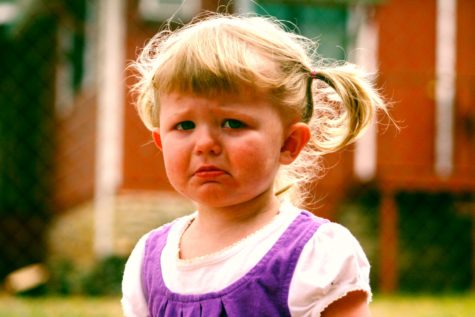 59 Responses to Dear Parents: Your Pre-Schoolers Have a Bad Attitude and Keep Squirming. This Must Stop