July 20, 2017
A etterzrssi
Ontario, Canada mom who took her daughter in for a dental check up was told by the dentist that her daughter had a mouthful of cavities — nine.
Â .
Finding that assessment odd (and expensive), the mom, Melissa Lopez, switched dentists and ignored the first dentist’s notices to bring her child in for the fillings. Incidentally, the next dentist found less decay.
Â .
Without ever inquiring directly as to why the mom didn’t come back, Dentist #1 then reported her to child protective services for possible “oral neglect.”
Â .
When the authorities investigated, they discovered that Melissa wasn’t an abusive mom but rather a skeptical consumer, so they closed the case.
Â .
But then they refused to remove it from the books.Â According to the CBC:

The child protective agency says it hangs onto files for “accountability.” But if the charges were found meritless, it makes no more sense to keep Melissa’s case on file than it would if she were investigated for bank robbery and found to have been six states away the night of the crime. Should the authorities keep a file on her just because they once, completely mistakenly, thought she robbed a bank?
Â .
Canadian law actually says that a person can petition to have their criminal charge removed as soon asÂ five months after the charges were withdrawn, dismissed or acquitted.
Â .

But Andrea Maenza, communicationsÂ co-ordinator for the Durham Children’s Aid Society, said that [their] protocol isÂ mandated by the Child and Family Services Act…. [She]Â stressed that there aren’t necessarily negative implications from having a permanent case file, since all the information about the interaction is included, including why it was closed.
.
“An individual can ask for a copy of their record to know exactly what it says,” she added.
.

I wouldn’t feel better knowing I could ask for a file about myself and find it filled with accusations eventually disproven. I’d feel better if anyone who asked about me was told, “Sorry, this person doesn’t have a record.”
Â .
As for the dentist, the child protection folks say he did the right thing, alerting them to the mom’s possible negligence.Â  But I’d say it’s the dentist who is guilty of negligence, first of all for drumming up what sound like dubious cavities, and secondly, for not checking to see what was up before siccing the authorities on the mom. It’s hardly unheard of to change dentists.
Â .
The issue here is how easy it is to drag a family into an abuse investigation, and how hard it is for the family, like an impacted molar, to get itself extracted. – L. 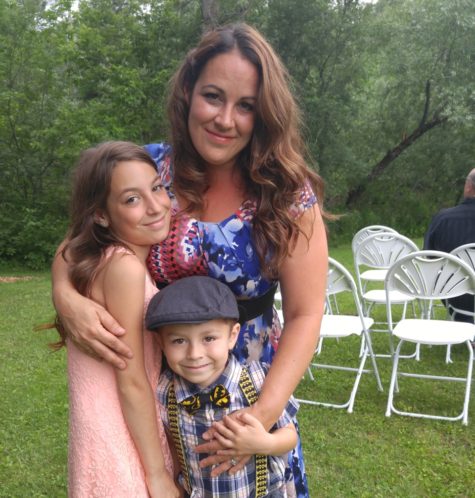 Melissa Lopez and two of her kids.s And yes, we can see they’re not showing their teeth. That’s not a crime.

62 Responses to Dentist Reports Mom to CPS for “Oral Neglect” (Yes, I Know How That Sounds)