This byaytbzszt
is an article about an article about a book. The book is “Freudian Fraud: The Malignant Effect of Freud’s Theory on American Thought and Culture,” by the psychiatrist E. Fuller Torrey, published in 1992. The article, “Child-Proofing the World” is by Nick Gillespie, editor of Reason, whose interview with Peter Gray went up on this site on Monday.

Their main point is one I make in my own book, too, in a chapter titled, “Relax! Not Every Little Thing Has That Much Impact on Your Child’s Development!” But it is precisely that fear that contributes so heavily to the burden parents feel today. We’ve been told that when and how we praise, feed, talk to, discipline and even get our kids to sleep at night can create a perfect child — or perfect monster. One wrong step (or non-organic grape!) and all bets are off.

Here’s a look at why we feel that way (boldface  mine):

All of Author Torrey claims “Especially from the World War II era on, parents have had an inordinate fear that any little thing they do may permanently misshape their child’s psyche.” The author attributes this to Benjamin Spock’s Baby and Child Care, which “did more than any single individual to disseminate the theory of Sigmund Freud in America.”

The acceptance of Freudian thought, says Torrey, “made parenting much more difficult because of the generally accepted theory that—to exaggerate it a little bit—if you look at your child cross-eyed, your child will never be the same again.” Author Torrey also claims, “except for grossly aberrant events, there is no evidence that the normal developmental events of childhood shape personality traits to any significant degree….”

Article author Gillespie summarizes: “Where Freudian-inflected thought stresses how ‘fragile’ the psyche is, Torrey argues for its resiliency. Where Freudian-inflected though stresses the parental role in personality development, Torrey makes a case for inborn temperament and a wider-ranging array of influences. An appendix to Freudian Fraud summarizes more than two dozen studies that attempt to substantiate a link between toilet training and personality traits and finds none (Freud hypothesized that botched toilet training leads to a number of possible ‘problems,’ ranging from homosexual orientation to paranoia to a fixation with order). Twin and adoption studies, says Torrey, suggest that ‘parents have much less effect on their children than we have been led to believe—or would like to believe.’” (Copyright © 1997, Woodbury Reports, Inc. )

Understanding that we cannot “create” the perfect child can mean a lot less guilt, fear and judgment. – L. 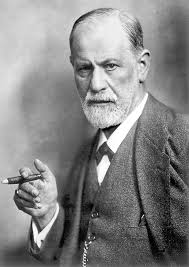 So I was wrong about some parenting things. Blame my mom!

This is It! A Concrete Plan for Parents who Want to Start Free-Ranging!
Info Needed: Are Parents Really Expected to Sit Through Rainy Practices in Individual Tents?

35 Responses to Did Freud (or His Mis-intepreters) Create a Nation of Over-worried Parents?