Hi nezhhtirtd
Folks! Here’s a question that resonated for me — and an answer that did, too. Both appeared in recent comments. – L.

Dear Free-Range Kids: Having killed time on my pm commute reading the comments on the Seattle blog about local schools going on lockdown due to a thief in the neighborhood (donâ€™t worry, I wasnâ€™t driving!), I am struck with the thought that for many people today, love=protection at all costs. [LENORE’S NOTE: Many parents were thrilled withÂ the school closings,Â despite the tiny danger posed.] It is not a new idea on this site that our culture seems to reflect the idea that if it saves only one child, no precautionary measure is ever (EVER!) too much. Further, if you question any precautionary measure, or if you take measured risks as a parent (letting your kid walk to school, for example), then you simply donâ€™t love your kid as much as other parents.

I have been thinking about families throughout history. A thousand years ago, or even 125 years ago, lots of kids diedâ€”from accidents, disease, warâ€”no family was spared. It wasnâ€™t uncommon for Colonial American families to lose 2/3 of their offspring. I donâ€™t know if this means that they loved the kids less, but I do think they mourned them less and I would think they would have had to guard against getting so attached to their children. Maybe they did treasure them less. So donâ€™t jump all over me PLEASE but I am wondering if we DO protect our children more today than in the past because we DO love them more? Or has childhood death become so uncommon that we now perceive it as preventable vs. inevitable, and therefore we must prevent it at all costs? Do we give ourselves permission to love or kids more because we are pretty sure we wonâ€™t lose them? I donâ€™t know. It is interesting to wonder how all this plays into our culture.

For the record I do not think that protection at all costs=love, and I do not live my life that way. – Just Musing

Dear Musing — Lenore here. IÂ think you provide the answer yourself: Childhood death has become so uncommon that we believe we can totally prevent it. The corollary is that if something very bad DOES happen, it is perceived to be because someone (usually a parent) wasn’t careful enough. So to the fear of death we add the fear of blame. In the “olden days” I’m pretty sure death was just as wrenching. But it was also more a part of life for parents, and less a cause for shame and suspicion. L.

And here’s what Pentamom wrote:

Dear Musing: I wouldn’t conclude either that Colonial parents necessarily were less attached to their children, or that we protect them more because we love them more today. No doubt some people did resist becoming attached for that reason, but I wouldn’t assume it was universal. Martin Luther, who lived a century before the American colonies got rolling, was famously devastated when his oldest daughter died at 13.

What I might suggest is that we protect them more because we believe it is more within our power to prevent anything bad from happening them. A Colonial parent might have been just as attached and just as grieved at the loss of a child, but was less likely to believe that such losses were preventable (because they weren’t). We think that if we do everything right, losing our children is entirely preventable. We’re wrong, but we’re close enough to right to give the illusion that if we just “do enough,” we can be spared that kind of loss. 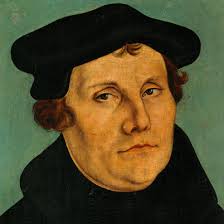 88 Responses to Do Today’s Parents Protect More Because they Love More?