Readers, bathytkbbi
as you might recall, I gave a Free-Range talk last week in Alexandria, VA, at St. Stephens & St. Agnes School. It was a (funny) look at how we became so scared for our kids, and how to fight the fear that seeps into almost every aspect of childrearing.

Two days later a man knocked on the door of a local Alexandria pre-k music teacher. She opened the door, he shot her dead. He also injured another woman in the home. The suspect is still at large, and there’s conjecture that he may have been involved in a similar, seemingly random murder last year, and maybe even before that.

And so, understandably, some of the parents who were at my talk have written to ask: What now? Here’s a part of one letter:

…More than 10 schools in the area (including ours) were put on lock down for several hours that day by the police while they looked for the perpetrator (policy helicopters, dogs, the whole nine yards).  Unfortunately, they did not catch anyone yet, nor is there any theory about whether there was a motive for the killing (or, if so, what it was).  Many of us took classes with our children from Ruthanne over the years. We are all so saddened by this senseless violence—and many of us wish that your talk had been scheduled for this week so you could help us put this in perspective.

While very unsettled by the entire incident and situation (and the fact that the perpetrator remains at large), my husband  and I (and others in the community) are working hard to not let fear get the best of us.  While it was not without some hesitation, I did still let my 12-year-old get dropped off for lunch and window shopping in Del Ray (the local “Main Street”) Saturday afternoon.

Still embracing Free-Range principles—and grateful for your voice of sense amidst the many factors that make us all so scared and crazy!

Thank you again for your great work-

Yes, I heard about that tragedy. It is so bizarre as to be almost unheard of, except I know that there were, over the years, two other incidents it seems to echo. My bet is that they catch the guy, even though they didn’t the other times.

Meantime, I congratulate you on letting your daughter go window shopping. The thing about random violence, especially RARE violence, is that you can’t organize your life around it because IT isn’t organized. It’s like organizing your life around chandeliers falling, or cars careening into storefronts. It just doesn’t happen often or predictably enough for you to plan any way to make you or your loved ones any safer.

The hard thing for any of us to realize is that when we DO say, “Well, that’s it. I’m going to make sure my family is safe! My kids will NEVER walk to school” (for instance), it doesn’t make them safer from kidnapping, because they are already safe from kidnapping just by living in 2014 America, rather than 2014 Sudan, or some place where violence IS rampant. But because a mom who drives her kids to school sees that they ARE safe and she FEELS safe, she can make the false correlation, “I drove them, so they didn’t get kidnapped.”

It’s really hard to prove a negative — as in, “No, that’s not why they’re safe. They’d have been safe if they walked, too!”

So in a way, I’m glad I spoke at your school BEFORE this incident. It’s hard to speak rationally — or be heard — when fear is high. That’s just evolution: self-preservation trumps all other brain work, including calm thought.

My first wish is for the killer to be caught. My second is for this tragedy not to irrevocably change childhood for the kids in your neighborhood. Please keep me posted. – L. 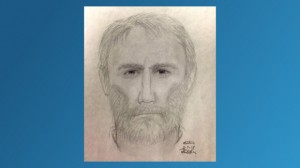 Add to This “Bubble List” — Things for Kids to Master Before 18!
The Wellesley Sleepwalker & Free-Range Kids

61 Responses to Does Free-Range Make Sense After a Shooting?