Here’s a a dkrstksfbr
piece in Canada’s Globe & Mail by teacher Dionne LaPointe-Bakota,Â about her 3-year-old Â Malcolm’s “wildness.” Malcolm growls and chases and brandishes sticks. Onlookers who see him always say something like, “My, you have your hands full!” She wonders if they really mean she should make her boy act more like a stereotypical girl:

Malcolm and I met some friends in the park after their sonâ€™s music/art/dance class (I canâ€™t remember which). Malcolm scouted out a stick as soon as we arrived and began to swing it around. I asked him to be careful and left it at that.

My friendsâ€™ son wanted to join in the fun and picked up a stick of his own, but as soon as he did his parents told him to put the stick down. He did.

I felt mildly uncomfortable. Should I ask Malcolm to put down his stick? That would be like asking him to put away his spirit, so I did nothing.

The children played, hiding in the trees and bushes, chasing each other and creating that delightful chaos that children will.

Once again, my friendsâ€™ son picked up a stick. Once again his parents said, â€œPut the stick down,â€ and once again he did.

I could see he wanted so badly to brandish his stick, to join in the swashbuckling, the gunfire and the battle that raged in their minds. He joined in as best he could, but this experience stuck with me.

I replayed that afternoon in my mind many times. Had I done the right thing? What was those parentsâ€™ problem with sticks, anyway? We all want our children to be safe and to treat others kindly, but are safety and gentleness the only things we want for our children?

Read the whole thing here (it’s got a lot of great points) and ponder whether we are asking for too much stereotypical girl behavior from stereotypical boys. – L 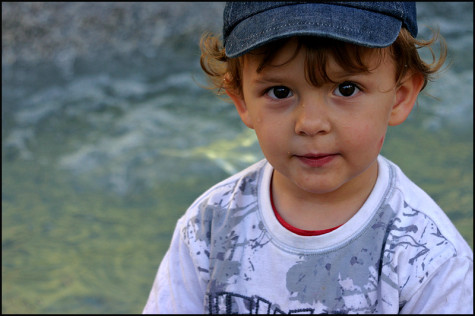 But I love my stick!