The zairbzzebz
whole point of the public sex offender registry is ostensibly to keep children safe.Â Read this story, which I wrote forÂ Reason.com, with that in mind:

In Florida, a wheelchair-bound man with end-stage Alzheimer’s must move out of the hospice where he’s dying, because he is a registered sex offender and the hospice is too close to a preschool.

Phew! That will certainly make the kids a lot safer.

Not that he was ever a threat to kids anyway. The dying man, Jack Ehrhart, was convicted of a sex offense about 30 years ago, when he was a doctor. Several patients accused him of touching them sexually during their gynecological exams, with a nurse present. He now faces arrest unless he gets himself out of the Heartland Hospice. As Izzy Kapnick reports in the Courthouse News Service:

Â The City of Boynton Beach purportedly issued a notice to Ehrhart and the hospice accusing them of violating an ordinance that prohibits sex offenders from living within 2,500 feet of a school, daycare center or playground.Â
“Heartland claims to be incurring fines imposed by the city due to plaintiff’s status and has threatened to have Boynton Beach Police arrest [him] for a violation of the ordinance,” according to the emergency petition, filed by Ehrhart’s wife under a power of attorney.

Ehrhart’s wife is arguing that the residency restrictions apply only to people who have deliberately chosen to live where they live. But her husband’s condition means he not only had no say in where he’s living, he has no idea where he is now.

Still, Heartland is trying to ship him out, but having a hard time, because it can’t find other hospices that will take him.

Meanwhile, Ehrhart’s attorney is trying to get him off the sex offender registry, arguing that Florida allows some former offenders to be removed from the list after being on it 25 years.

If the court does not grant an emergency injunction, according to CNS “Ehrhart is in imminent danger of being arrested and placed in a detention center with inadequate hospice care.”

This is how we treat people on the sex offender registry. They are considered a horrible threat to children even when drooling in a wheelchair. If Ehrhart had been convicted of manslaughter, or heroin manufacturing, or massive fraud and had served his time, he would not be on a registry 30 years later. He would be allowed to die in peace.

Now all that stands between him and a jail cell is a hearing, as soon as possible. But as Kapnick reports, the court has ruled that “this matter is not [an] emergency and shall be heard in the ordinary course.”

It’s an emergency for Ehrhart, but the court doesn’t seem to view him as a human being.

I’d add that what they do see him as is a threat to children. How does that jive with reality? Free-Range Kids wants safe kids, not kids used as an excuse for endless, pointless punishment. – L 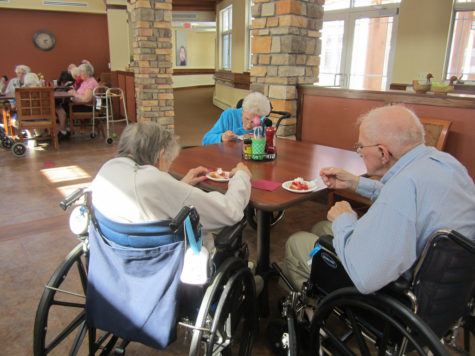 One Day, TWO Letters from Dads Visited by Cops for Letting Their Kids Wait Safely in the Car
A Boy So Overprotected, Court Rules Him Too Pampered for Regular School

31 Responses to Dying, Wheelchair-Bound Sex Offender with Alzheimer’s Too Dangerous to Stay at Hospice Near Preschool