fkfsikbkit
A mom, dad and preschooler went to Home Depot in Valley Stream, Long Island, on Saturday to get some Christmas lights. The child ended up in the hospital and the dad ended up in jail. Here’s what happened.
.
When the family got to the store, their 4-year-old had fallen asleep. As the dad wrote in an email to me, “He looked so comfortable, snoring a little.” So rather than waking him, they cracked open the sun roof, locked the door and headed inside.
.
They were at the checkout 15 or 20 minutes later (the lights had been hard to find), when they noticed a commotion in the parking lot. I’ll let the dad, W. Cheung, pick it up here (forgive his imperfect English):

We saw police cars and ambulance outside and I ran outside. Apparently someone called 911 saying my child was unconscious in the car and needed help. My poor 4 year old son. Napping was scared awake by the smashing of my passenger rear window and being pulled from the car as if the car was on fire. Scared, and put in an ambulance with a shoe missing as if his life was in jeopardy.

I tried to see him and the police officer demands for my license and screams at me that I’m not to take the baby. My wife comes running and they let her into the ambulance to console my son freaking out wondering who all these strangers are. I was placed under arrest.Â My wife and perfectly healthy and unharmed child was taken to Cohen’s children’s hospital. Because he MUST get checked out.

Must? Even though everyone can see he’s fine? Â You’d think the professionals involved would be embarrassed to be acting as if they’re saving a life, when clearly they’re performing some kind of safety kabuki. Â And as for the dad:

I was searched handcuffed and placed In a patrol car. Then taken to the fifth precinct of Nassau police department. Fingerprinted and photos taken and in a cell for over 5 hours. Thank god that because I “was a complete gentleman” the police officer put it. They will release me with an appearance ticket. I was at the precinct for a few more hours and finally released around 10:30pmÂ  and rush to call my wife to see if she and my son are home safe. Since they didn’t have the car. It was taken to the police station. I find out she’s still at the hospital so i rush there.

While I was in police custody, my wife was in the Er for 2 hours waiting for dr to see if my perfectly healthy boy is ok. When they finally was let into an examination room my wife was grilled by the doctor with a pile of questions. Examines my son for 2 min while he scarfed down some pretzels a nice nurse gave him. Since he was starving since we didn’t get to go home and have lunch. The doctor felt the report claimed he was in a car “unconscious” for 25 min, so he called the county child protective services. So after my son received a clean bill of health, my wife and child were still forced to wait in a hallway by themselves in front of the trauma room for 3 hours until a social worker arrives.

Even the social worker could see the boy wasÂ fine, but the family’s information was nonetheless recorded, and a Child Protective Services worker was assigned to follow up.

Valley Stream must have a great tax base, because over the course of one day it has employed an ambulance and its EMTs, several police cars and officers (both at the precinct and on the street), a jailer, office personnel at the precinct (working at night), and two social workers, one presumably on overtime as she was dispatched close to midnight.

By the time everything is approved and my son is discharged I was waiting outside to drive everyone home. With a Christmas bag to block my broken window. We go home shocked and scared. We are finally home. Then the phone rings and a social worker from acs [Administration for Children’s Services] is in front of our house to make sure everything is ok. And inspect our house and our son again. Our accounts were taken and then the kids rooms were inspected and fridge was checked to make sure there’s food. My 4 year old we had to raise their shirt to make sure he was beaten or injured in anyway.

Waiting in the car during an errand is something almost every police officer and social worker must have done as a child, since this was universally acceptable until very recently. Then we became convinced, despite the fact that more kids die in parking lots than waiting in cars, that Â a child in a parked car, no matter what the weather, no matter what the duration, is automatically in terrible danger.

As the dad writes:

I don’t understand anymore. I was speaking with a friend and he said him and his brother used to sit in the car and played while their parents went shopping at the mall for a few hours. I remember having to keep myself entertained for quite some time waiting for my parents to run whatever errand they had to do.
.
The officer told my wife that if your our child is out of sight for more than “10 seconds”! We are endangering our child. 10 seconds! Â What if I have to get gas and pay the cashier in the store? God forbid I bought a bottle of water while in there.

This is simply a moment of cultural hysteria. If the officer truly believes a child is in danger if “left alone” for 10 seconds, there is something wrong with the officer, not the parents. And yet the officer has all the power, as do the laws in 19 states that have criminalized parents who decide their kid can wait out an errand in the car.

I strive to be the very best father I can be. I celebrate every day off with my boys and I put them to bed every night and kiss them good night. Reading to my boy is one of my favorite things to do. Today, this society has made me feel like I’m a horrible father, a criminal, and a worthless person. My wife and I was devastated and just want to crawl into bed and wonder what we did to feel like such horrible parents.

From what I can tell, Mr. Cheung is the kind of dad any kid would be lucky to have. I’m glad he’s no longer in jail and I’m sorry it sounds like he will be responsible for paying the hospital costs and the cost of repairing his car.

To the 911 caller: please go find your baby album and look at a picture of you, as a child, asleep. Wow! It’s like you’re unconscious! Hmm. – L. 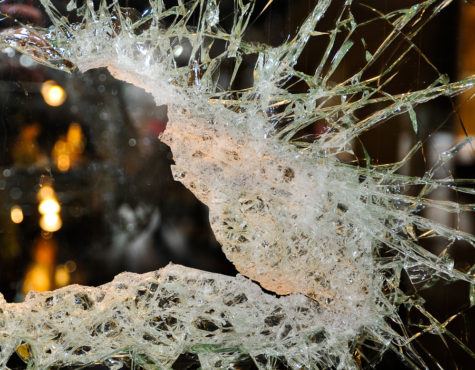 Firefighters smashed open a car window, assuming the sleeping boy inside was unconscious. Because these days we always assume the worst first.

Firefighters smashed a car window open, assuming the sleeping kid inside was unconscious. Because that’s what we assume these days. Never anything common — always the worst.Â

67 Responses to “Firefighters Smashed My Window to Pull My Napping Son Out of the Parked Car, as If It Was an Emergency”