Hi Readers and greetings from Csopbanka, eeenearazf
Hungary, a town of 3000 outside of Budapest, where I am staying with a friend I havenâ€™t seen inÂ  (ahem) a couple of decades: Erno Gyori, and his family. 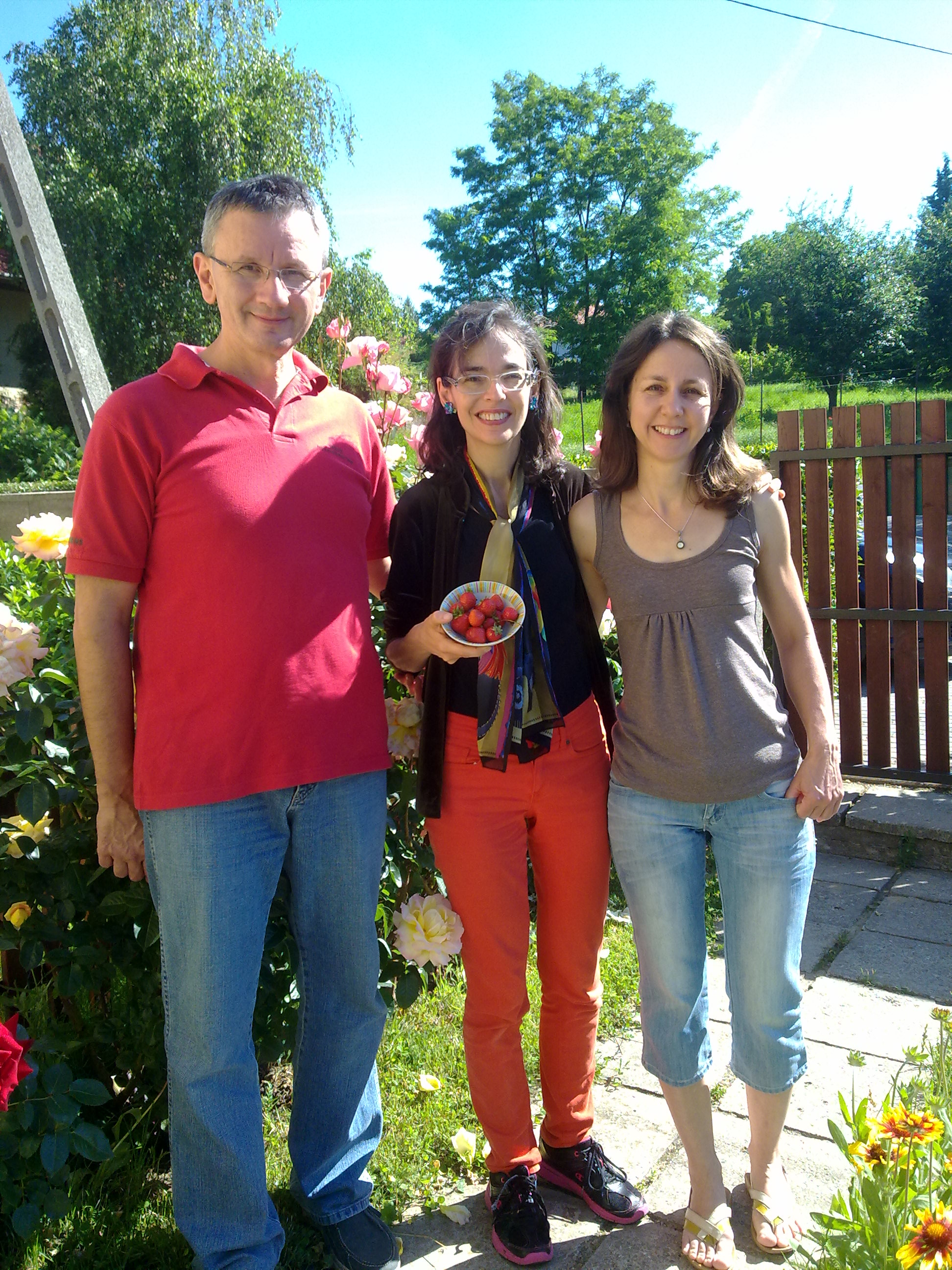 We met way on a train going from Paris to Istanbul â€“ same route as the Orient Express â€“ except really cheap. I was traveling solo, and at the time (donâ€™t do the math) Eastern Europe was still Communist, so it was kind of cool for folks on this side of the Iron Curtain to meet a young woman from the other side.

And vice versa. Somehow Erno and I got talking and he ended up inviting me to stay with his family for the night, in Budapest. His mom fried fresh fish his dad had just caught, spiced, of course, with paprika. The grandparents were there, too, reminiscing about the time the granddad was taken prisoner by the Americans in WWII and ended up being a chef for them in a German hotel. (Not a bad war, for him, so he was happy to see an American again.) It was a memorable night.

Then, two years ago, Erno heard me on a radio interview broadcast here and â€“ thank you, Facebook â€“ got back in touch. When I was coming to Europe to give some talks, I wondered if I could swing by â€“ and here I am. Now Erno has a beautiful family of his own â€“ wife Erika, and daughters Eniko and Julcsi. Time flies. And in a few hours theyâ€™re taking me to meet his parents again!

I mention all this because when I was heading out on that long-ago trip, lots of people thought it sounded great â€“ including my wonderful parents, who gave me their blessing. But there were also those who said, â€œYouâ€™re going to Turkey? Havenâ€™t you seen â€˜Midnight Expressâ€™?â€

It seemed weird to me that people were avoiding an entire country based on one terrifying movie. Still does. Except now I have a word for it. They were worst-first thinking. One scary story was enough for them to think: â€œTurkey? Thatâ€™s where Americans end up in jail!â€

I didnâ€™t end up in jail. The Turkey part of the trip was fantastic, too. Istayed with a bunch of families I met along the way, who fed and fed and fed me, just like Erno’s family is doing today.

Free-Range isnâ€™t just for kids. Itâ€™s sort of a way of life. Live it and some day you may find yourself in the home of old friends in the sunniest town in Eastern Europe, about to go eat fresh strawberries from their garden for breakfast.