Folks: I sometimes can’t stand how we don’t trust any ideas or instincts Â unless they are backed up with some official study. However, “science-based” parenting being the obsession of our era, I am thrilled to present yfnhybihkd
this study by University of Colorado-Boulder psychology and neuroscience Professor Yuko MunakataÂ and doctoral student/lead author Â Jane Barker,Â as reported in Science Daily, which found that:

Kids whose time is less structured are better able to meet their own goals, study shows

Munakata said a debate about parenting philosophy — with extremely rigid “tiger moms” on one side and more elastic “free-range” parents on the other — has played out in the media and on parenting blogs in recent years. But there is little scientific evidence to support claims on either side of the discussion.

So she and Barker did a study of 70 6-year-olds, whose parents recorded their daily activities:

….”This isn’t perfect, but it’s a first step,” said Munakata. “Our results are really suggestive and intriguing. Now we’ll see if it holds up as we push forward and try to get more information.”

The researchers emphasize that their results show a correlation between time use and self-directed executive function, but they don’t prove that the change in self-directed executive function was caused by the amount of structured or unstructured time. The team is already considering a longitudinal study, which would follow participants over time, to begin to answer the question of cause.

That will be great! If it takes scientists studying Free-Range (they actually use that phrase!) to “prove” that it makes sense for children to have some free and unsupervised time, so be it. Let the grants roll in! – L. 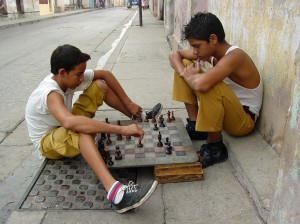 “Facebook Knows I Have a New Baby, So…”
A Summertime Bus for Kids to the Pool and Library?