Great piece fhfkbttbna
in today’s Washington Post by Ilya Somin, “How the Constitution Protects Free-Range Parents.”  He helps make the case for the Meitivs with these arguments:

In two landmark cases in the 1920s, Meyer v. Nebraska and Pierce v. Society of Sisters, the Supreme Court ruled that the Due Process Clause of the Fourteenth Amendment protects parents’ and guardians “to direct the upbringing and education of children under their control.”

…In the 2000 case of Troxel v. Granville, the Court reaffirmed the “fundamental right of parents to make decisions concerning the care, custody, and control of their children,” which it called “perhaps the oldest of the fundamental liberty interests recognized by this Court.” The plurality opinion by Justice Sandra Day O’Connor (joined by three other members of the Court) emphasized that state officials must apply a strong presumption that parents’ decisions about the upbringing of their children are correct, and cannot abridge parental control over child-raising based on “mere disagreement” with the parents’ choices. In a concurring opinion, Justice Clarence Thomas argued for even stronger protection of parental autonomy, noting that laws that infringe on “fundamental” constitutional rights are usually subject to “strict scrutiny” – the highest standard of judicial review.

Not too shabby! And then —

II. Why this Should be a Relatively Easy Case.

The Supreme Court has always indicated that parental rights are not absolute. The state can intervene to protect children against serious threats to their health and safety, and to ensure that all children get at least a basic education. But, as Troxel makes clear, the state can’t infringe on parental control over child-raising unless they have real evidence showing that there is a genuinely significant threat to the childrens’ safety and well-being….

Forcibly detaining elementary school-aged kids for walking by themselves in a safe, middle-class neighborhood doesn’t even come close to meeting the necessary standard. Statistically, such walking is extremely safe, and probably less dangerous than police officers’ actions in forcibly detaining the children and driving them to a CPS office. According to the Center for Disease Control, car accidents are a leading cause of death among small children; riding in a car as a passenger is far more dangerous for kids than walking in most neighborhoods. Far from “protecting” the two children, the police and the CPS probably put them at greater risk than they were exposed to before (though the risk was still very low in an absolute sense). The Meitivs’ parenting practices are also much safer than numerous typical childhood activities, such as participating in contact sports like basketball and hockey, or going downhill skiing. If the CPS can force parents to stop letting their children walk home from the park, it can similarly target every other comparably risky activity, including numerous sports, and even driving the children in a car.

Wow! Nicely put and not an unfamiliar argument to folks at this blog! And so, we are off to the races! (Or…maybe Supreme Court?) – L. 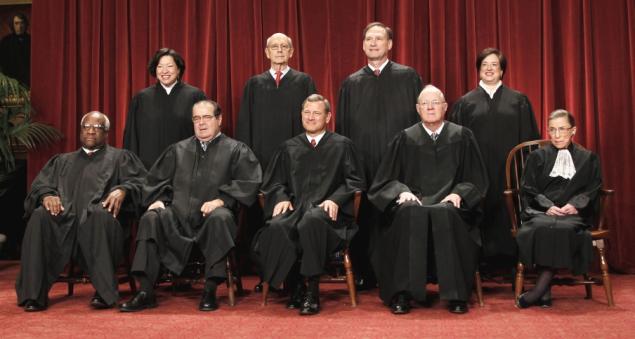 33 Responses to Free-Range Kids has the Constitution On Our Side!