Raising nnykyhdnnz
Free-Range Kids is really all about raising kids who can do things on their own. Not because we don’t want to help them, but because we want them to be able to help themselves (and others!). So I was delighted to read “Five Changes Iâ€™d Make If I Could Parent Over Again,” by Tim Elmore on his engaging blog, Growing Leaders. I will post some of his other insights as the days go by. But first, Tip #1?

I would do less preventing and more preparing.

In our effort to ensure that our kids experience no major catastrophies in their childhood that could permanently damage their emotions, we find ourselves reminding them incessantly:

Our goal is understandable. We want to prevent bad things from happening. When children are young, this is not only normal, itâ€™s necessary. But by age ten, their brains have formed enough that they can (and should) take responsibility for many areas of their behavior. When we constantly remind them of important items, they tend to become dependent on others for things they should be taking ownership of themselves. We actually enable them to rely on others â€” and even blame others â€” when they should be learning to take responsibility for their life. This isnâ€™t healthy.

Preparing children for the future means increasingly letting them get used to the weight of responsibility by not protecting them from the consequences of poor choices. Consequences are a natural part of life. In fact, our world is full of them, and they often come in the form of equations: if you do this, that will be the benefit; if you do that, this will be the consequence. Parents must consistently demonstrate and model these equations for their kids.

I agree…except for the consistency part. I’m pretty lackadaisical and feel that kids can roll with all sorts of punches, even a Free-Range Parent who isn’t on point (or, sometimes, even Free-Range) all the time. But yes, preparing makes more sense than trying to prevent everything…if only because, ultimately, we CAN’T prevent everything. (And that’s probably for the best.) – L 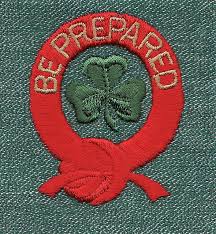 Coming to TV in January: Me! “World’s Worst Mom”
Thanks Dateline! “How to Get Out of Duct Tape Handcuffs”