A 14-year-old Iowa girl, “Nancy Doe,” took some racy pictures of herself — one in a sports bra and boy shorts, one bra-less but with her hair covering her breasts — and texted them to a boy. For this, the Marion County prosecutor has threatened to brand her a sex offender.

As Robby bfynrthiiz
Soave explains on Reason.com (a site I write for, too):

The trouble began last March, when two boys at Knoxville High School were caught using the school printers to print inappropriate photos of their classmates, both male and female, which had been obtained via texts and Snapchat. Some of the teens in the photos were nude, though emojis were covering their private parts, according to the lawsuit. Doe’s two photos were among them.

School officials notified the police, and the school counselor began reaching out to the parents. Doe’s family was horrified to learn that she had sent inappropriate photos to a boy who had then violated her privacy and shared them with his friends. They restricted Doe’s phone access as punishment…

A few weeks later, Juvenile Court informed them that Doe was accused of “Sexual Exploitation of a Minor.”

The minor here is…her! Doe herself!

Only the Does chose not to take the deal, because they do not feel their daughter IS a child pornographer or sex offender. Now they are suing Ed Bull, the Marion County attorney.

Not only do I wish them all the luck in the world, I really wish we would stop treating consensual sexting — and even consensual sex — among teens as if it is automatically sexual exploitation of a minor, a crime. We seem to believe that no minor would ever have any sexual interest whatsoever, unless some pervert was involved. And now we’ve gotten to the very weird, snake-eating-its-own-tail point where the pervert doing the exploiting of the teen is the teen herself.

It’s time to take a step back and look at the crazy world our over-zealous sex offender laws are creating. The whole purpose was to prevent young people from being raped and molested, not making them into sex offenders because they trip over some arcane rule. – L. 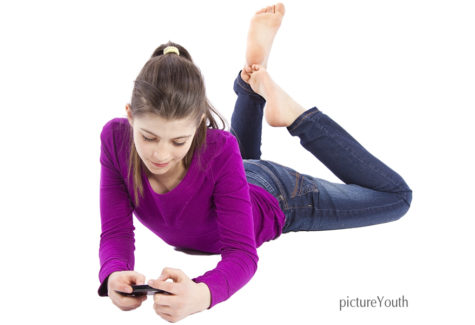 You’re under arrest for sexually exploiting yourself!

Open Floor Concept: A Helicoptering Idea?
The Growing Movement of Moms who Regret Having Kids: Are the Demands of Helicoptering Too Great?