Readers yysedbydfh
— This Yelp review of an indoor playground was sent to us by the guy who wrote it, who felt a little guilty, because his kids had been guests at a party there. So he requested I not include his name or the playspace’s. – L.

YELP REVIEW:  Are you a helicopter parent who has OCD? If so, you will LOVE this place. I was there with my two kids aged 3 and 1.5 for a private party. The staff reprimanded my children and me multiple times. It got to the point where my wife and I just looked at each other and laughed.

That last one was said to me when I was consoling my crying child because the play area was getting closed down for a 2nd time during the two hour party.

If my kids are playing quietly just let them be. I’m watching them. I promise. During the two hour party they closed the main play area twice. The first time was so that they could serve cake. Maybe my kids are not interested in eating when there are a ton of fun things to play on. Just let them play.

The second time they closed the main play area was so that they could set up for another party.  What setup? It’s an indoor playground…

I found it extremely odd that one of the employees got mad when I gave my kid “an adult sized piece of cake”. The lady handed me two pieces THAT WERE THE SAME DARN SIZE. The difference was that the child piece had a spoon and the adult piece had a fork. The fact that my 3 yr old was eating with a fork really angered the staff. Luckily, nothing was said to me or that would have been the straw that broke the camel’s back. My kid knows how to eat with a fork.

I also LOVE the fact that the staff makes sure every child is wiped down before entering the play area. I witnessed one staff member tell a child that they were “not clean enough” and to “go back to mommy to have her wipe better”.  That must make that kid’s mom feel real crappy. Every parent was handed wet wipes by the staff after cake.

There are passive aggressive signs EVERYWHERE

There is a sign that tells parents they must be within “hugging distance” at all times. I’m sorry but that’s not my style of parenting. It’s a business whose model is basically an indoor playground, so why can’t my kid run around without me hovering? The place is not SO large that I would lose sight of my kids.

Another sign said that no cell phones were allowed on the play floor because you must be paying attention to your child. I get this one to a degree. But still, don’t tell me how to parent unless I am obviously endangering the welfare of my child or the other kids at the party.

“Only employees are allowed to turn the lights on and off.” This was in a separate dance room with black lights and disco balls.  I laughed at this one. Being the rebel that I am, I turned on the black light for the kids that were playing in the room at the time. That is how I learned about the “only playing in one room at a time” rule.  The other two parents with me all gave each other a smirk as we escorted our kids back to the structured play activity.

“Due to allergies, no outside food is allowed.”

I’m puzzled by this sign only because my one kid has really weird allergies and I would want to do the opposite. I would want to bring in my own food. My son is allergic to peas and olives. Now these were baby allergies and I think he has had food cooked in olive oil recently so I’m not too paranoid of a parent. However, if my child had severe allergies, there is NO WAY I would let him or her eat food prepared by people I don’t know, on cooking surfaces that may or may not be cross contaminated. 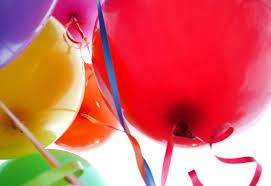 All the joys of a 2-hour, hovered-over, regulated indoor playground birthday party.