Readers rtndtnbfdy
— I don’t like hopping on every new study that supposedly “proves” something about parenting, especially when I believe that parents are only one part of the many, MANY influences that shape a life. (Especially by college age!) Still,this study might interest some parents reconsidering the heap of “help” they believe their kids need. Â So I present it to you much not so much as news, but as a nugget to chew on when you’re wondering if maybe it’s time to take a step back. It’s also a little ammo for when someone wonders why aren’t you watching your child more closely? – L

When is it time for parents to back away? A new study shows that college students with overcontrolling parents are more likely to be depressed and less satisfied with their lives. This so-called helicopter parenting style negatively affects students’ well-being by violating their need to feel both autonomous and competent. The work, by Holly Schiffrin and colleagues from the University of Mary Washington in the United States, is published online in Springer’sÂ Journal of Child and Family Studies.

Parental overinvolvement may lead to negative outcomes in children, including higher levels of depression and anxiety. Studies also suggest that children of overinvolved or overcontrolling parents may feel less competent and less able to manage life and its stressors. In contrast, evidence suggests that some parental involvement in children’s lives facilitates healthy development, both emotionally and socially.

Of course, no one — including me in my own life — can draw the exact line between “some” and “over” involvement. But the point that most of us can appreciate is this: “[The] research suggests that intense involvement is considered by some parents to be supportive, whereas it may actually be perceived as controlling and undermining by their children.”

UPDATE: And while we’re talking about studies studying parent/child relations (no dearth of these!), here’s one that says kids have more fun playing when their parent isn’t telling them exactly what to do. (Sounds like most of us at work, when it comes to interference vs independence, too.) – L 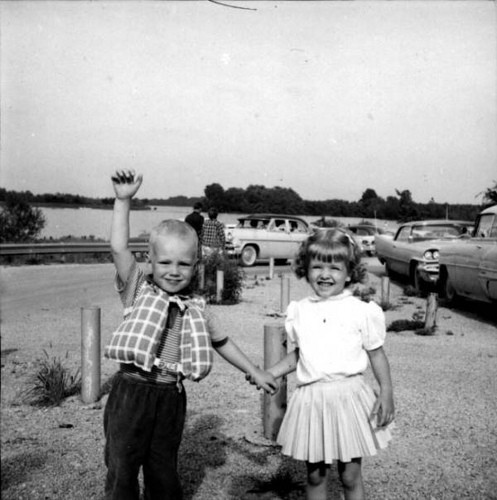 Bye mom! Bye dad! Thanks for not hovering!

Dear Principal: Please Get Rid of the Cameras
Playmobil Defends it Cops & Robbers Toys (As Do I)