June 6, 2013
From ezkikykine
my mailbag…straight to my stomach, which is knotted in fear and anger:
.
Hi Lenore, my name is Christina Moon. I am a 32 year old mom of two girls, ages 7 and 4. A few weeks ago I had to make a return at a jcpenney near our home in Michigan. My four year old begged me to let her wait in the car and watch her movie so I let her, I left the car running with the ac on and the doors locked. I parked my car in front near the handicap spots. It took a lot longer than I had anticipated because of Mother’s Day. When I came out there was a woman and a police officer standing by my car. I had been in the store approx 15 minutes. I am now facing criminal charges and have been investigated by child protective services. I live in a nice community and was aware of my surroundings. This has created such stress on our family and I can’t believe the lengths they are taking. My daughter was safer in our locked vehicle than most children in America. This is so infuriating to me. And to top it off the police officer called me a bad mom in front of my daughter. Thought I’d share this with you after reading your articles….
.
To which I replied:Â I am so sickened by this …. Remember, what you did was not TERRIBLE. It was a normal thing that parents have done for generations, and if your errand took a little longer than you expected, that’s what happens in life. It’s not a tragedy, it’s a blip! I am so sick of “Good Samaritans” handing parents over to the AUTHORITIES instead of doing their bit by just watching the kid, if they’re so worried!
.
To which she replied:Â Yes you can share my story. It has been a nightmare for our family. Even the CPS worker said my daughter is very mature and that I should be proud of how I’ve raised both my girls. The case with them is now closed. However, I have an arraignment June 7th and could possibly face 90 days in jail and $500 in fines. Â Again, my daughter was buckled in her car seat, car locked, ac on, windows up, movie playing on headrest. The police officer said someone could have stolen my car by busting in the window. I say shoulda, coulda! I take a shower in my home while my four year old watches cartoons in my room or her playroom, what if someone broke into my home or there was a fire or? I can’t stand that “what if” mentality! I am very safe with my girls and they are my life, I just can’t add unnecessary worry to the normal worry us moms have on a daily basis! Thank you for your support! I definitely need and appreciate it!
.
By the way, it’s not the fine that worries me. It’s the irreparable damage that will be caused if I’m sentenced to any jail time. I’m fearful the judge will try to make an example of me as this law is so new in Michigan. I had no idea it was illegal to leave her alone, I’ve done so before when I went to the ATM at the gas station or picked up carry out somewhere.
.
Wanted to get your opinion on whether I should plea guilty or not? I am not getting a lawyer & all the research I’ve done points to a better outcome for me if I plea not guilty. Any insight will be helpful!Â
.
Folks — TOMORROW is Christina’s trial. She tells me she is pleading not guilty — because (of course) Â she ISN’T guilty. Maybe if Â we all write about the times WE let our kids wait in the car, this could be used as a bit of evidence, as in, “Normal, decent parents let their kids, even under age 6, wait in the car. It is not the parents who need to change, it’s the law.” If you agree, chime in — now! – LÂ 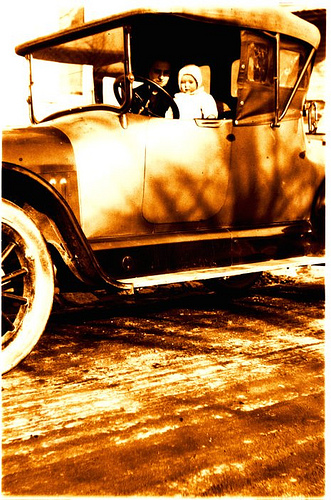 Kids have waited in cars for generations. It’s not negligence if you are simply running an errand!

182 Responses to Help Needed: Your “I Let My Kid Wait in the Car” Stories!