Here hbybzesirh
you , folks. Let’s give this mom some ammo! – L

Dear Free-Range Kids: My son’s school district has just instituted a no running policy during recess.  I am, of course, appalled by this, feeling that the kids need to be able to blow off a little steam during those 10 minutes of their day.  Plus, kids need more exercise, not less.  What’s next, no running for soccer/baseball/lacrosse practice?

Every other parent I have spoke to in our district about this is also opposed to the policy.  I am ready to organize a fight to get our kids running again.  I was hoping you would have some advice of the best plan of action.  Would a petition, letter to the editor, barrage of emails, all of the above be the most effective? Thank you for any advice. – Rarin’ to Go Mama 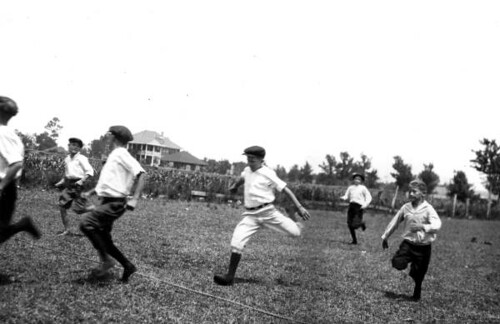 What a dangerous activity these children are engaged in!

S’More Safety
What Girl Scouts CAN Do — When Not Babied!

92 Responses to Help This Mom Fight New School Rule: NO RUNNING AT RECESS