Readers inakdizeee
— This comes to us from a woman named Rita, who was reading the post, “The Man Who Abused Me Is Not on the Sex Offenders List (The One Who Saved Me Is).” At first, she asked me not to run it. But I found it so thoughtful, I asked her to reconsider, and she did!

Dear Free-Range Kids:  I don’t want to stir up a major hornet’s nest, but one of the things that has been more and more disturbing to me as I read posts such as this, and others regarding sex offender registries, as well as note the increasing tightening of laws regarding sex offenses, is that the more libertine we become in practice, including teen-agers — the more we tell young people that sexuality is natural, normal, and “fun” and their right to exercise — the more we criminalize and punish those who transgress some amorphous code known only to the ‘sex offense’ police.

This all, at the age of 67, seems quite perverse to me. I grew up in that age when sex wasn’t spoken about. For heaven’s sake, when my older sister was pregnant with her first child in 1959, her mother-in-law was appalled that she intended to leave the house in a maternity smock to shop once she began “showing.” The woman with whom I boarded at the age of 13 replied, when I asked what tampons were, “They’re for bad girls who want to give themselves a thrill.”

Lots of taboos, but most of us survived. And yes, there was sexual abuse back then, too, likely no more nor less than now. And most of us who were exposed survived that, too. I am not suggesting adult/child sexual molestation and abuse ought be ignored, nor taken at ALL lightly, just that we have, IMHO, actually INCREASED the trauma by our hyper-vigilance.

Even more importantly though is the change in the perception of what constitutes normal sexual experimentation between and amongst children, or the denial that there is such a thing as “normal” experimentation. I was raised Roman Catholic, so had I or most of my friends (also Roman Catholic), been caught during one of the relatively innocuous occasions that we set about satisfying our curiosity about how boys and girls were different, we’d surely have had our butts blistered, but on some level our parents understood it as a thing kids do. They let us know in no uncertain terms that it was a grave sin, etc. but that was a religious matter, not an “abnormal” or criminal act, much less actions that could scar one’s entire life (immortal soul, maybe, but not this life, lol). I know the lines can be blurry, but when it comes to kids and kids, I am disposed to err on the side of pragmatism and talking through the possible consequences of such behavior.

I also wonder how much of the more egregious behavior we see in kids now (although still not a reason to put them on sex offender registries) is a product of a culture in which the TV and internet have robbed them of their innocence and offered them images and ideas they are simply not equipped to make sense of, so they “act them out” without fully comprehending in any meaningful way what it is they are doing. To have one’s life scarred as a result adds insult to the injury we adults have dished out by allowing them to be corrupted in that way.

I could go on since clearly this issue is a heated one for me, but I figure I’ve made my point. I would love to know what you think. Regards, Rita

Lenore here: I agree with pretty much every word, especially the idea that when we focus on the “enduring trauma” of an event we sort of ensure that the trauma WILL endure, rather than it becoming just part of the patchwork in anyone’s past. I’m not trying to minimize what anyone went through. I’m trying to minimize what they have to go through afterward.

And I totally agree that we are confused and confusing about sex — glorifying it and damning it in the same breath. – L 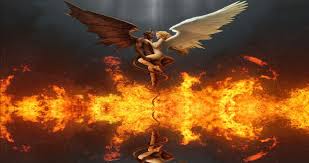 We get (and give) a lot of mixed messages about sex.
From Witches to Lawsuits
Mom Upset that 10 y.o. Will Have to Walk to School

64 Responses to Hey Kids! Look at All This Sexy Sex! (But Don’t You Dare DO It)