We can’t control the busybodies out there (sigh). But this mom wonders how can we get them to stop interfering with our kids’ sense of safety — especially if our kids are anxious to begin with:

I have always been a Free-Range parent/educator and for me, it’s about common sense and raising kids to be confident and capable adults.Â  I have a son, 13 and daughter, 11, who enjoy walking and biking to school alone, messing around in the stream nearby, and going to the store to buy candy — all activities I enjoyed doing as a kid (well, maybe not the walk to school some days).
.
My son has General Anxiety Disorder and OCD. While working with a therapist and doctor, we know when and how to help him to push his boundaries, and when he’s not ready.Â  Almost every one of his setbacks, sometimes resulting in panic attacks, has been due to the meddling of a helicopter parent.
.
When my son was in third grade, we had an eighth grader walk with him home from school so that the following year, he would be ready to do it with his younger sister.Â  He was successfully walking home with his sister until around Halloween when a parent said to him, “Tell your mother it’s not safe for you to walk home without an adult.Â  You could get kidnapped or hit by a car.”
.
Now, we prepared our kids for how to cross streets and be cognizant of vehicles.Â  Part of his OCD is that he is a rule follower so he knows the rules of the road better than most adults.Â  As for kidnapping, really???Â  Someone is going to grab one of my kids, who’s holding hands with the other, along a busy street???Â  We spent months and wads of cash on extra therapy after that.
Â .
Later on he was playing in the stream (as in maybe a a meter in width, no more than 15 cm depth, shouting distance from our home) with his sister and a parent told him that pedophiles look for kids in the woods, and if the pedophiles don’t get him, the wolves would.
.
There are no wolves in our community and last time I checked, no pedophiles hiding behind trees either! Before I sent my kids off into the wilderness alone, we had spent a lot of time exploring nature so they know what safety precautions to take.Â  We spent a few more months in therapy again.
Â .
Now that my son is 13, he wants to be like his peers and go to the movies, the mall, the park, wherever his friends hang out and be like them. But the helicopter voices drown out reason and common sense.Â  He eagerly completed his babysitter’s course but won’t babysit now because a mother told him that he’s too young to babysit, because what if a child chokes!?!?!
Â .
There have been studies that show how damaging helicopter parents can be to their own children.Â  I’d be curious to see how it’s affecting other children too, especially when I see how it impacts my son.

Naturally, I’d suggest reminding any anxious kids that there are people out there who are REALLY scared all the time, and part of their “acting out” is spreading the fear that overwhelms them.
And readers, if you have any advice for how to counter the messages our kids (especially our worried ones) get from a culture of fear, share it now! 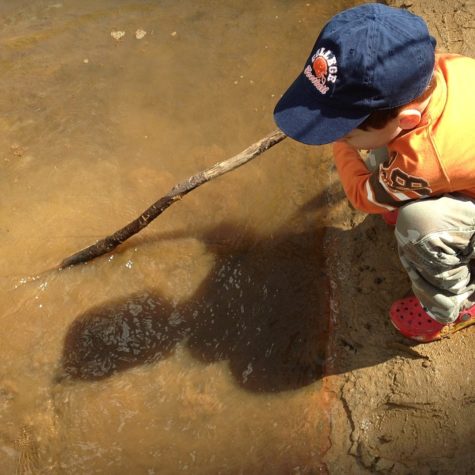 Son, that is dangerous in every single way!

Am I “Making It Easier for Pedo Abductors”?
HELP NEEDED: Mom of Girl, 11, Wants to Go Free-Range, Needs Some Neighbors to Do The Same!

49 Responses to How Helicopter Parents Needlessly Scared My Anxious Son