I was speaking at the Minnesota Association for the Treatment of Sexual Abusers last week, even as this story was sent to me by my dear friend whose 20something son has Autism.

It’s not a pleasant topic, but neither is having your child accused of a heinous offense without there being any  way the child could understand the consequences. And with that cheery thought, I present you:

My name is Brian Kelmar, and I am the father of a 24 year old son who has autism and auditory and sensory processing disabilities. Our nightmare began almost six years ago, right after my son graduated high school. It’s a case of the “perfect storm” that resulted in my son being punished and treated as an outcast in our community and in society.

Do words like “trusting, bullied, eager to please, and not understanding social situations” sound familiar? These words describe my son and how he interacts and/or experiences the world around him.  Like others with autism, he had few friends growing up, let alone a girlfriend.  That core need for friendship hasn’t changed. He continues to long to fit in and feel included, and have friends in his life that he can talk to. So, when a female friend of my younger son started texting my son, he was so happy that he found someone nice to talk to.

The girl’s texts started innocently enough with just small talk.  The communication began when he was away at a college summer orientation where he was learning about the autism program he was to begin in the fall. The texting from her soon became very sexually aggressive, and he did not understand what the texts were about. He answered her questions with short words or answers, such as “like”, “what”, “ok”, and “huh”? She pointed out to him, “you really don’t understand what I am talking about” in regards to her sexual statements like “friends with benefits” and “hooking up,” along with more graphic content which he did not understand. When reading the back and forth texting, it’s clear to anyone reading these messages that they were going right over my son’s head.

After he returned from orientation, she repeatedly began asking him to meet with her. He had no idea of how to handle her sexually aggressive messages, and he certainly didn’t foresee what would happen next. When he met her in person, she became very sexually aggressive.  Like other people with autism and sensory issues, he can easily become overwhelmed and shut down, similar to a computer that has too many programs open at the same time.  This is exactly what happened during her sexual advances. When his mind “rebooted” and his thought process reengaged, he told her to stop.  She did and he took her home.

That same evening the police came to our house in the middle of the night. Since the front door is closest to my son’s room, he answered it.  Not understanding the situation and thinking the girl was in trouble because she was the aggressive one, he answered their questions before I got to the door.  The police took him to jail for two days until I could get him released on $100,000 bail.

In an instant, my son’s life was changed forever.

My son and our family entered a criminal justice system that we had no idea how to maneuver, and a system that had no idea about autism. Our lawyer had no experience with autism or working with people with disabilities. We were told by the attorney that the only option was to plea bargain. Later I discovered that is how most cases are resolved, through plea bargaining (experts estimate that 90 to 95 percent of both federal and state cases are resolved through plea bargaining).

During the sentencing phase, the judge heard testimony from the court appointed forensic psychologist with comments like:

“He did not understand the situation”

“She was the aggressor”

These statements were all true, based on the evidence of the text messages.  The judge understood the situation, and gave my son a ten year suspended sentence.  We never had any written plea bargain agreement. Then he was sentenced to 10 years probation. What we did not find out until after the sentencing was that due to the way the law was written, he would not only be on the sex offender registry, but he would be put on the violent sexual predator list for life.

This was absolutely devastating and the consequences last a lifetime.  This punishment will limit his ability to be employed, where he or our family can live, where he can travel to visit family members or even his future family (if they are under 18).  He can’t even travel to see his own grandmothers now because of the laws affecting travel between states.  This whole experience has been like a slow, agonizing psychological death sentence for him, and for our entire family.

Our hope is that other people with intellectual and developmental disabilities (I/DD) and their families can learn from our experience. Here are some lessons learned:

The sex offender registry laws must take into account a person’s disability so that true justice is served. If you or your family have experienced a similar situation, and are willing to share it, please send your story to NCCJD at [email protected] It’s time to bring this issue to light, and reveal the real life implications these laws have on people with I/DD and their families. We are well aware that ours is only one story of many, but together – our collective stories have the potential to become the catalyst for nationwide change. If we don’t speak out, who will?

We will! I hope that the issue of developmental disabilities-meets-sex offender laws becomes one that the news media take up.  – L 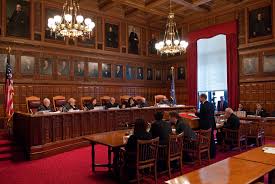 It’s not fun to think of all the thorny  intersections between people with disabilities and the sex offender laws. But…think we must.

Your Kids Play OUTSIDE? Obsessively Spritz them with Child Hand Sanitizer!
Kids Play in Backyard While Mom Does Dishes. An Investigation Ensues