This piece dtkrydhdei
in The Nation by Michelle Goldberg proves how easy it is for parents to get labeled abusive, or even have their kids taken away, thanks to overzealous, under-trained, excessively suspicious and persnickety child protective service workers. She begins with a story you’ve read here:

HAS CHILD PROTECTIVE SERVICES GONE TOO FAR? by Michelle Goldberg

On July 29, 2013, a Latina mother in Illinois named Natasha Felix sent her three sons, ages 11, 9, and 5, out to play with a visiting cousin, a young girl, in a fenced park right next to her apartment building. The oldest boy was charged with keeping an eye on his siblings, while Felix watched them all from the window. While they were outside, a local preschool teacher showed up at the park with her class. She saw the 9-year-old climb a tree. Felixâ€™s youngest son fought with his cousin over a scooter and, at one point, ran with it into the street. Based on this, the teacher called the child-abuse hotline, and Felix received a visit from the Department of Children and Family Services.

According to legal filings in the case, the investigator, Nancy Rodriguez, found that Felixâ€™s kids â€œwere clothed appropriately, appeared clean [and] well groomed,â€ and that Felix â€œappeared to be a good mother.â€ Felixâ€™s oldest son seemed like a â€œmature young boyâ€ who â€œcertainly could be allowed to go outside by himself to the park next door.â€

However, when Rodriguez asked Felix if the boys had any special needs, Felix replied that the 11-year-old and the 9-year-old had been diagnosed with ADHD. On the advice of their doctor, they were off their medications for the summer. Rodriguez later wrote that â€œbased on the mother not knowing that the kids were running into the street with the scooter, based on the children having ADHD,â€ she recommended that Felix be cited for â€œInadequate Supervisionâ€ under the Illinois Abused and Neglected Child Reporting Act. As a result, Felix was placed on the stateâ€™s child-abuse registry, which led to her losing her job as a home healthcare aide and ended her dreams of becoming a licensed practical nurse.

â€œSheâ€™s been devastated,â€ says Diane Redleaf, executive director of the Family Defense Center, who is representing Felix before a state appeals court. â€œIâ€™ve been talking to her about how this impacted her, and itâ€™s heartbreaking. She couldnâ€™t send her son to take the garbage outâ€”she was afraid to do that.â€

One ray of hope? Believe it or not, it’s our movement! When we’ve publicized the way the state is second-guessing Free-Range families, the public woke up to CPS overreach! This was true with the Debra Harrell case (the mom thrown in jail for letting her 9 year old play in the park), and also in the most-read story on Reason.com last year, of the kids taken away from the family because the 11 year old was playing alone in his backyard for 90 minutes, and of course the Meitiv Free-Range case that made headlines worldwide.

â€œIâ€™ve worked in this field for 35 years, and I canâ€™t remember when child-welfare cases like this have been in the news,â€ says Redleaf. â€œWeâ€™ve been trying and trying to get that to happen.â€

Advocates for families caught up in the child-welfare system hope that the national debate sparked by the free-range parenting movement will draw attention to the threats and intrusions that poor and minority parents endure all the time. Child-neglect statutes, says Martin Guggenheim, a New York University law professor and codirector of the schoolâ€™s Family Defense Clinic, tend to be extremely vague, giving enormous discretion to social workers. â€œThe reason weâ€™ve tolerated the level of impreciseness in these laws for decades,â€ he notes, â€œis that they tend to be employed almost exclusively in poor communitiesâ€”communities that are already highly regulated and overseen by low-level bureaucrats like the police. For somebody like me, the â€˜free-rangeâ€™ cases that are hitting the paper today are a dream come true, because finally people who otherwise donâ€™t care about this problem are now calling out and saying, â€˜Arenâ€™t we going too far here?â€™â€

And one more lovely shout out, from the University of Pennsylvania:

â€œCertainly, prior to this, I donâ€™t think most white people knew very much about the child-welfare system, or were afraid that someone was going to knock on their door and say, â€˜Let me see your kids,â€™â€ says Dorothy Roberts, a University of Pennsylvania law professor and the author of Shattered Bonds: The Color of Child Welfare. â€œWhereas in black neighborhoods, especially poor black neighborhoods, child-welfare-agency involvement is concentrated, so everybody is familiar with it.â€

So now that this injustice has reached some sort of boiling point, it is time for us all to demand that our leaders re-visit the way CPS operates, especially the fact that what constitutes “abuse” or “neglect” seems to be so capricious. That’s what happened in Maryland after the Meitiv case, and the guidelines actually changed…in that one state.

But in the meantime, I recently heard from one mom being investigated because some of her kids were in the car — sleeping — while she and her other kids ate at a picnic table FACING THE CAR. She just didn’t want to wake the others up.

So let’s hear it for Michelle Goldberg’s masterful piece on this topic. And for Diane Redleaf whose Family Defense Center is appealing Natasha Felix’s case. As her filing puts it:

â€œThe appeal raises a question of great importance to parents and children of this State: may a parent who allows her school-aged children to play in a nearby park for thirty or forty minutes, without remaining in her line of sight at all times, avoid being registered in a State-run database as a child neglector?â€

If not, goodbye freedom for kids. And parents. 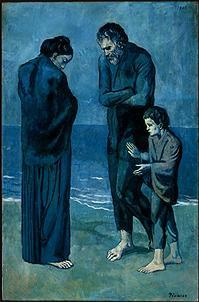 If only we hadn’t let him play in the park across the street for half an hour!

A Helicopter Dad Hates “Free-Range Parenting” — Until His Son Gets So Anxious He Has to Try It
Tim Allen and Me! (Well, Tim Allen in “Last Man Standing,” Talking about Free-Range Kids)