Readers kzfkyyefhk
— Let’s help this woman and then incorporate the good ideas into our own crusades against advice and/or laws that are based on fear and catastrophizing, rather than reality and compassion. – L.

Hi Lenore, I recently read your book and have been following you on the blog and twitter for a few weeks now. Thanks for opening my eyes and arming me with knowledge to fight back at certain attitudes.

Every day I wake up to the news on a local commercial radio station in Calgary (Jack FM). For the last few days I’ve been aware that part of the news (traffic or weather) is sponsored by Calgary Parking Authority, who are partnering with fire, police and EMS services and their message is “Don’t leave your kids alone in the car, even for a minute. If you see kids unattended in a car call 911 immediately.” While well intentioned, I can’t help feel that their message is bringing attention to a “fad danger” rather than a statistically significant safety issue and encouraging people to call 911 regardless of circumstance.

Here are links to their campaign webpage and media release: “This message will be heard on Jack FM, Kiss FM, Virgin Radio & Shine FM during each station’s morning, mid-day and afternoon drive shows from Thursday July 31st to Thursday August 14th.”

I’m looking for your advice is on on the best way to constructively have a conversation with the organizers of the campaign about how and why they chose this message and what the alternatives could be. It may be coming to an end soon, but I could see this being an annual thing, and I’d like a shot at convincing them to switch tack.

Thanks for any assistance you can provide. — Troubled in Canada

Lenore here: Thanks from me, too. I am running out of patience with a society so bent on obsessing over an extremely rare problem and ignoring the big, hard ones.

UPDATE: Here’s a Public Service Message one of you just sent in that I would LOVE to hear on the radio:

Please reserve 911 calls for TRUE emergencies and don’t overburden the system with judgemental parenting police calls. If you’re worried, GET INVOLVED.
It takes a village,  but not a village of assholes. Think awhile before you dial…911. 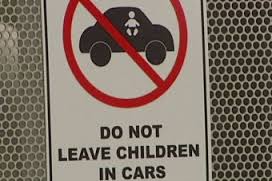 Warning! Ignore what you know about reality. Fear the worst all the time!

129 Responses to How to Respond to a Well-Meaning, Misguided “Never Leave Your Kids in the Car” Campaign?