Ah, the joy of telling a parent that YOU care so more than THEY do about their own kid. Nothing like that glimmering, shimmering sense of vengeance, hate and saintliness. It is with such an encounter that this hfarsrfknf
wonderful piece by Bruce Grierson in Canada’s “Walrus” (it’s like their New Yorker) begins:

Colette Anderson and her five-year-old son were approaching the checkout line at a Save-On-Foods in North Vancouver when she realized theyâ€™d left her shopping list at the sushi place in the mall. A hundred metres away, just out of sight. â€œWould you mind going and grabbing it while I pay for these groceries?â€ she asked the tow-headed boy. Off he went.

Two minutes later, she spotted her son coming toward her. A middle-aged man was escorting him, his hand on the childâ€™s shoulder. The boy disengaged himself and trotted over to his mother.

â€œI found him alone in the mall,â€ the man said.

â€œI canâ€™t understand how you could just let him run off.â€

The man was talking loudly. Other shoppers had stopped what they were doing to tune in. Anderson could feel anger rising in her but made an effort to contain it.

â€œThank you, but my son didnâ€™t need you to rescue him,â€ she said. â€œHeâ€™s quite capable of running an errand on his own. Thatâ€™s how kids grow up.â€

The man stalked off. Anderson reassured the rattled boy that all was fine now. But a couple of minutes later, the stranger appeared again. â€œI just canâ€™t let this go,â€ he said. â€œI canâ€™t believe youâ€™d be that irresponsible.â€

As readers of this blog know, parents who trust their kids, their community and the actual statistical probability of unlikely events like stranger kidnapping (about two annually, in Canada) are routinely dissed by those who either believe the world is one big Â Headline News. Grierson discusses how that misperception, allows people to almost luxuriate in hating on parents:

One aspectÂ of the interaction with her confronter stays with Anderson the most: his rage. In 2010, Anthony Daniels, a former Birmingham prison physician who writes under the pseudonym Theodore Dalrymple, described the kind of snap judgment that causes a stranger to publicly dress down a parent as part of a â€œtoxic cult of sentimentality.â€ The phenomenon has become so widespread that a whole category of viral videos has emerged featuring mothers who return to their cars after running short errands and find themselves furiously upbraided by strangers for having left their children unattended. According to Danielsâ€™s argument, such bystanders love kids so much their feelings curdle into a â€œsentimental wrathâ€â€”or a self-righteous hatredâ€”turning them from protectors into vigilantes. In such cases, scolding an offender produces a moral high.

So earlier this week I got a note from a mom who was just on trial for letting her child sleep in the car while she bought supplies for his birthday party (what a negligent, uncaring mom!). She told me she’d explained to the jury that even if they didn’t agree with her actions, surely the actions weren’t criminal.

Ah, but the minute they didn’t agree with her actions, they most likely DID find her actions criminal, and gravely dangerous, too. It’s that, “I wouldn’t do what you did, so you are immoral, and the more immoral you are, the more danger you put your kids in, you criminal!” loop. (Admittedly, not a loop that trips off the tongue.)

Read the rest of the Walrus article for more blinding insights. And here’s my write-up of the UC Irvine study. And either way, let’s all resolve that this will be the year we try to give everyone a little more benefit of the doubt. 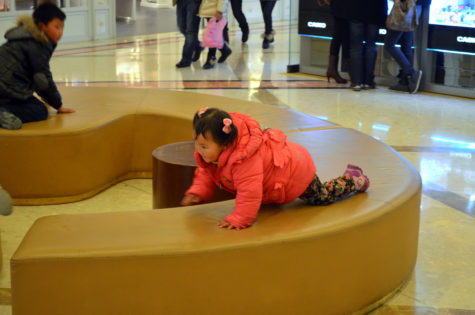 38 Responses to “I Can’t Believe You Took Your Eyes Off Your Kid at the Mall. That is Bad Parenting!”