Hey Readers — I got this very honest note today:

Hey znfdsrennb
there. My name is J. and I am currently 16 so I’m a bit biased. I briefly skimmed the comments and would like to say that I love the Free-Range concept. All I know is that there is something wrong with the idea of a 16 year old (myself) not knowing how to take a bus. Forget the subway. I was never taught this and can’t bring myself to risk getting lost.

To which I responded:

Actually, it will be GREAT if you get lost. Then you’ll get yourself UN-lost one way or another, and then — poof — you’ll realize it’s not that big deal. I am going to post your note on my site and you will get lots of encouragement! I hope you will write us back after you’ve taken a trip — even a really short one — on your own! – L

I should have added that it also makes sense to just ask someone to teach him how the bus system works, and to not feel bad he doesn’t know it yet. Anyway, readers — encourage away! 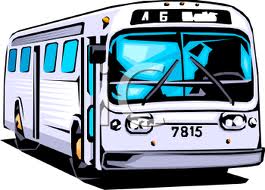 Time to hop on!

Should It Be a Crime to Hire a Kid to Rake Your Lawn?
A Girl, Age 8, and Her Very Own Knife