I fyttnyhkat
wrote about this case yesterday, and today had a chance to interview the mom by phone. She prefers to remain anonymous until the case is closed, and perhaps forever. As for why her son was not given a key: she worried that if he was in the house alone and a burglar barged in, he’d be in more danger than if he was free outside. This may not be your train of thought, but it is certainly not neglect. Â – L.Â

One afternoon this past April, Â a Florida mom and dad I’ll call Cindy and Fred could not get home in time to let their son, 11, into the house. The boy didn’t have a key so he played basketball in the yard. He was alone for 90 minutes. A neighbor called the cops, and when the parents arrived — having been delayed by traffic and rain — they were arrested for negligence.Â They were put in handcuffs, strip searched, fingerprinted and held overnight in jail.

It would be a month before their sons — the 11 year old and his 4-year-old brother — were allowed home again.

“My older one was the so-called ‘victim,'” said Cindy in a phone call to me today. But since she and her husband were charged with felony neglect, the younger boy had to be removed from the home, too.

Here is the law: “A person who willfully or by culpable negligence neglects a child without causing great bodily harm, permanent disability, or permanent disfigurement to the child commits a felony of the third degree.”

I first heard of Cindy’s case last week when she wrote to me at Free-Range Kids. Her email explained:

The authorities claim he had no access to water or shelter.Â Â We have an open shed in the back yard and 2 working sinks and 2 hoses.Â Â They said he had no food.Â Â He ate his snacks already.Â Â He had no bathroom, but the responding officer found our yard good enough to relieve himself in while our son sat in a police car alone.Â Â In his own yard,Â Â in a state,Â Â Florida, that has no minimum age for children to be alone.Â Â

So the children were placed in foster care for two days while the state background-checked a relative who was willing to take them in. “Our first choice was my mother,” says Cindy. “But she lives in another state and so the kids would have been in foster care even longer till [the authorities] cleared her.” The parents decided to have their sons placed with a slightly problematic in-state relative instead.

WHAT HAVE YOU BEEN EATING?

On the day they all appeared in children’s court to move the kids from foster care into the relative’s custody, Cindy thought her older son smelled a little strange. “What have you been eating?” she asked.

Only cereal, for the past few days. That’s not going to kill anyone, obviously. But if you’re arresting parents for not providing snack food for 90 minutes, it’s odd to place kids where they won’t have a proper meal in 48 hours.

The boys went off with the relative. As Cindy and Fred were charged with a felony, they couldn’t cross the county line to go see them and the relative refused to bring them to visit. But after a few weeks, she got tired of taking care of the kids. “Unbeknownst to us,” says Cindy, “she was putting them back in state custody.” That’s when child protective services asked the court to place the boys in foster care.

WHO GETS TO TAKE TAKE THE CHILDREN HOME?Â

Last Tuesday, Cindy, Fred, their two kids, their lawyer and a lawyer for CPS appeared again in children’s court. The opposing lawyers went into the judge’s chambers and came out every so often. The family’s lawyer would explain what was going on. Says Cindy, “They were arguing on whether or not the kids should go to foster care or with us.” This went on for hours.

But then, says Cindy, “My son spoke up.” He said he wanted to talk to the judge.

Surprised, their lawyer asked the boy: Did he have the courage to go through with this? And would he tell the truth?

“He went back there and spoke to the judge for about ten minutes,” says Cindy. “And then the judge came out and called the two lawyers to the bench and talked to them for about 10 or 15Â  minutes. And with that, our lawyer came to us and said that if we admitted that we didn’t know that it was wrong to [our son] stay in the backyard, but that we know now that it’s wrong and we will never let it happen again, and that we will explain this to our son, he would let the children come with us.”

Cindy and Fred promised. The judge released the kids and closed the case.

But that is not the end.

AND NOW, ANOTHER NEW BATTLE

That was civil court. Tomorrow morning Cindy and Fred go to criminal court to plead “not guilty” to the criminal charges of neglect. Naturally, they hope the whole case will be dropped.

I will let you know what happens.

But in the meantime, to comply with all of the CPS suggestions, Cindy and Fred are attending parenting classes. They are also going to therapy. The kids are getting “play” therapy.

This summer, as part of the deal, the older boy must attend day camp. The younger must attend day care. The reason, Cindy thinks, is that years ago there was a girl who disappeared while in foster care and it turned out that no one had been keeping track of her whereabouts. If kids attend day camp or daycare, their whereabouts will always be accounted for. So off these kids go.

I asked Cindy how she and the kids spent last summer.

“We did little projects, we would go to the beach, ” she says. Or they’d visit dad at work. She had been planning to enjoy another low key summer with them.

Instead, she’ll be at home while her kids are in a program mandated by the state, which, as far as I know, has never loved these kids or taken them to the beach.

Meantime, Cindy and Fred cannot be sure who called the cops and turned their lives upside down. (They have their suspicions.) But they do know who told them they needed to take parenting classes, get therapy, and promise never again to let their kids play in their own backyard without a guardian. They know who took their children away.

And you know, too.

Could this become the next presidential issue? 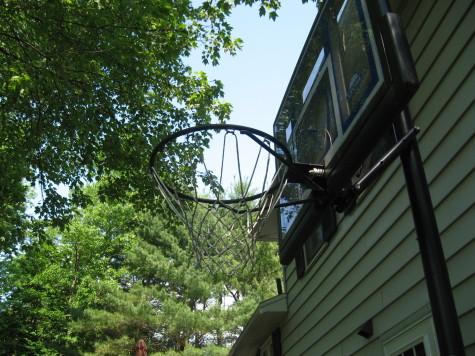 More about the kids taken from the family because a neighbor saw boy playing by himself in yard.