Hi Readers — The dnffeadnyh
BBC reports that, “Child psychologists are being given a new directive which is that the age range they work with is increasing from 0-18 to 0-25.” The reasons given have to do with neuroscience of the still-developing brain, but the brilliant Frank Furedi, author of “Paranoid Parenting,”Â weighs in on that:

“I think that what it is, is not that the world has become crueller, it’s just that we hold our children back from a very early age. When they’re 11, 12, 13 we don’t let them out on their own. When they’re 14, 15, we hover all over them and insulate them from real-life experience. We treat university students the way we used to treat school pupils, so I think it’s that type of cumulative effect of infantilisation which is responsible for this.”

When authorities agree that 25 is the new 18, he adds, “itÂ inadvertently reinforces that kind of passivity and powerlessness and immaturity and normalizes that.”

I’m not positive there’s anything terrible about people in their 20s living with their parents while they get on solid economic footing. But I do agree that treating them like they’re not ready for prime time, Â rather than simply young and under-employed in a tough job market, ignores the fact that all of human history until now has assumed that certainly by 18 or 21 (and, for eons, younger still), a person is emotionally and cognitively ready to take on the world. Even if the mind is still developing, that doesn’t mean it’s not capable of adulthood, just that it’s a work in progress. 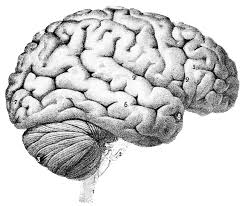 Harnessing science to prove no one’s ever old enough for independence.