Hi adhktfeked
Readers! Another day, another report from the frontlines of our obsession with predators. Allow me to make a strange analogy.

As the storm Sandy approached us this weekend (I’m in New York), Mat McDermott at the blog TreeHugger  wrote a post, “What if New York City Invested in Climate Change Adaptation Like it Has in Combating Terrorism?” Says Mat:

New York has pulled out all the stops in preventing another massive act of terrorism—going so far in some cases that it has trampled civil liberties….—but has done far less to mitigate the effects of a much longer term, slower moving, but the frankly far more existential threat of sea level rise, extreme weather and climate change.

That’s how I feel about our focus on child killers. Yes, predators are a danger and we should stop them if we can. But to focus laser-like on them means spending massive amounts of time, money and manpower, often fruitlessly, on a very rare problem, and even trampling some civil rights in the process. When if we REALLY wanted to help kids, there are a lot of better ways to spend — and spread — our resources.

With that in mind, here’s a letter I got this weekend:

Dear Free-Range Kids: I am an Indian male living in Austin, TX. I am 36 and have been in the US since I was 20. My wife of six years is white and was born and raised in Austin. We have a daughter who is almost two and a half. I take my daughter hiking along a short greenbelt trail near where we live. Today when we left for the hike she decided to test some boundaries just as she left the car. She yelled at the top of her lungs and started bawling that she did not want to go hiking and just wanted to get back in the car. Having seen this tactic from her for the past few months, I helped her put on her backpack and calmly asked her to try to hike with me for a few mins first. Couple minutes later she was totally immersed into the hike and enjoying it.
.
Soon we noticed a chopper go above us. We both got excited and spotted it, then we realized it was staying over us. This made me nervous since it looked like a police chopper. It was strange, but it was time for us to head back anyways.
.
On the way back, we ran into four cops. I asked them if they were looking for anyone and one of them said they were looking for me. I thought it was a joke, till I realized he was serious. They had received several reports of me with my daughter (from back when I was trying to calm her down as she got out of the car) and were investigating with a chopper and three cars!!
.
My daughter clung to my jeans while the cops questioned me and luckily I had my driver license on me so the interview ended quickly. (They needed my I.D. to fill out their official report.) The cops were professional and I assume the lady with them was from Child Protective Services. She was calm and made comments like, “She clearly trusts you” (looking at my daughter). I did not know what to do with this — yes she trusts me, she is my freaking daughter!
.
The cops were just doing their duty. I completely understand, but I am still stunned that this happened. I am grateful for the cops’ responding quickly and for concerned citizens calling them because they thought a little girl was in trouble. At the same time, I feel violated. I am a dad who took his daughter out for a walk in the greenbelt.
.
Maybe I am just the price that is paid to make sure kids stay safe. No system is perfect and maybe I am just the false positive. But it sure does not feel good to be challenged  because of unnamed “concerned” people. I sure wish there was a way for people to realize the difference between a toddler being stubborn versus abduction.
.
Strangely enough, I just filed my application for naturalization (got tired of living on my Green Card) . Today was the first time in the past 16 years I have truly wondered if I am treated different because I have brown skin.
.
I would love for suggestions on how to get past this and not let this affect my behavior.
.
Hoping for a safer society with less paranoia. – A.R.
.

As I wrote back: The problem, as far as I can tell, is mostly that people think that abductions are very common, even though they’re very rare. So they are poised to interpret any child-adult encounter as, potentially, a terrible crime. This is what I call “worst first thinking” — the way we’ve been trained to imagine the worst case scenario FIRST and proceed as if it is the MOST LIKELY thing that is happening. The onlookers called the cops out of an overabundance of terror, and the cops responded with their own terror overabundance. It’s all so lopsided — the chances were so much greater that a 2-year-old was screaming because 2-year-olds scream. That’s why it’s called the “terrible twos.” But in a panic, common sense goes out the window, and this country is in the grips of predator panic. So sorry you went through this. – L 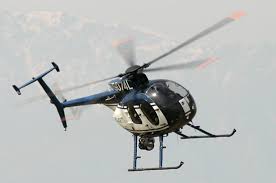 You, with the Goldfish crackers! Unhand that girl!

Happy Halloween and a Note from New York
“What If You’re Not There and Your Child Gets Hurt?” A Halloween Mis-hap…and A Halloween Revolution!

134 Responses to “Is That Police Chopper Following ME?” Wonders a Dad