Childhood in The Netherlands, NOW, as observed and written up by Kate ssrfsbaddh
Darnton in The Boston Globe:

The Dutch loosen up early. My husband and I were thrilled when we arrived in Amsterdam to find that many playgrounds have cafes. On sunny afternoons, parents meet after work to sip Aperol spritzes while their kids scale a climbing structure. No mother stands beneath it yelling, â€œBe careful, honey!â€ No father hovers by the sandbox. They just let it be.

Their approach is not the same as neglect. Dutch parents are there â€” or, to use the current lingo, â€œpresentâ€ â€” when it matters: primary school drop-off and pickup, family dinner, athletic competitions….

The freedom is two-way (as is always the case with letting go, I think):

Ah, freedom â€” for the kids, to be sure, but for us parents, too. Freedom from that particularly American brand of stressed-out parenting: making a big show when it comes to the small stuff but often missing the important parts entirely.

My childhood in New Jersey in the early â€™80s might not have been as sophisticated as Sophieâ€™s, but it incorporated the same kind of personal freedom. I biked to school every day. Got myself to after-school sports practice, too. Just be home by 6.

Where did that freedom for American kids â€” and their parents â€” go? Last summer, when we were home for our monthlong break in Massachusetts, our 9-year-old attended a craft class at the local public school, two blocks from our house. Town population: 4,907. Everybody knows everybody else. And yet one mom insisted on walking our daughter home every day. Even after I explained to her (tight smile) that Charlotte could manage fine by herself, thank you very much.

Were there grave dangers lurking behind those white picket fences? I donâ€™t think so. But I perceived a deep underlying anxiety in that mother. Itâ€™s what guides a lot of American parenting choices and forms the backbone of our pernicious helicopter parenting.

Meanwhile, in Amsterdam (population 800,000 or so), kids do the family shopping.

The subtitle of this Globe piece is, “Free-Range Kids are a Reality in the Netherlands.” They can be a reality here, too. It’s not like free health care, or day care — it costs no money and does not require a vote or taxes. It just requires enough of us deciding we want to give our kids back their childhoods. (And get some free time in return.) – L 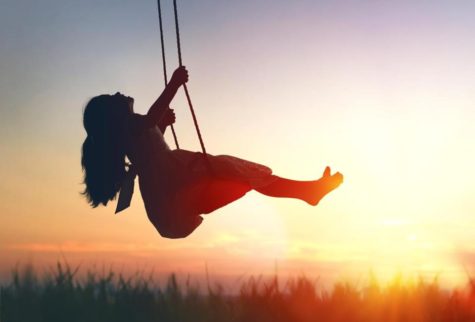 When I jump off, let me land in Holland!

“Digging In Wet Sand is Dangerous”
“Never Leave Your Kids in the Car for a Minute” — But Kids Who Died Were There 4.6 HOURS

24 Responses to Is This a Dream?