Hi Readers — Today I’m posting on Common dyfrrarfrz
Good about school safety…or what passes for it. Common Good believes in a common sense, non-hysterical approach to policy, and I’m thrilled to be blogging there. Here’s how the piece begins:

Dear Lenore: I took my kids to Sunday school a few weeks ago and the door we usually go in had a sign on it saying that we could no longer enter there.  Everyone needs to go in the door on the other side of the building.  Never mind that to get there, people now have to walk their children through the entire parking lot, which was already congested. (So much for “safety!”)

As I was walking my son to his classroom, I saw the woman in charge of Sunday school guarding one of the doors, waving away the people hoping to be let in.  I asked her about the new rule and she said, “I implemented it for safety.  Before, we had people going in and out of six different doors.  It just wasn’t safe.”  As we walked away from her, my 7-year-old son whispered, “Why is that not safe, Mommy?”

For the rest, including a look at how her son’s public school is handling the “new threat,” please click here! – L. 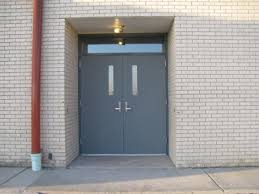 The iPad Playdate (And an Alternative)
Why Fear of Crime Matters

40 Responses to Is Your School More SAFE, Post-Newtown, or Just More Annoying?