February 25, 2015
Here’s dzenyikaae
a poem that sums up the Free-Range world view, sent to us by a reader Jennifer Daly, who describes herself thusly:Â

Â “I live in Shrewsbury, MA. I work in Engineering and IT. I have a 6 yr old and a 2 yr old. I have 17 yrs of Aerospace and Defense consulting with 6 yrs of being the dept IT manager in Engineering for BAE land and Armaments (combat vehicles). My husband is a fire engineer and volunteer fireman. My husband has two degrees. I have none. I am dyslexic and very innovative. I found a way to learn and grow, despite the education system’s inability to teach people who don’t fit in their standard ranges.
Â
I grew up Free-Range. I ran around the neighborhood. I let my daughter do the same. I am sure I could be criminalized for many allowances I give my children and I think that is a crime.Â Most of these laws are absurd and based on someone’s grief who thinks all accidents can be prevented and someone’s misguided view that we should protect with lots of laws to save our families and children from predators.
Â
So punish the predators, clean up the laws, retrain and build a CPS system that works better with the needed staff, training and family focus it is missing. Stop criminalizing parents for making informed and intentional choices for their children’s boundaries and growth. Have officers be community members that do ask and check on kids – but not something to be feared if my kid is playing at the park with friends or alone.Â

It’s Against The Law, by Jennifer Daly
I wrote a poem today

I had to get the words out

I had to say

We are not allowed to swim in the ocean anymore

Someone was bit by a shark

And now itâ€™s the law

We canâ€™t send our kids to the park today

And now itâ€™s the law

There are no monkey bars today

Someone fell and broke their arm one day

My son was taken today

He had a bruise from chemo today

CPS couldn’t explain it they say

So my son was taken today

Someone hit their head on a tree one day

The town could be sued they say

No sledding today and itâ€™s a law

We canâ€™t go to the pharmacy today

Our little girl has a fever

And canâ€™t be around other people

I am home alone

Daddy is at work

I canâ€™t leave her in the car

I canâ€™t go in with her

I have no one to watch her

So we have to wait today

As she is sick today

As she gets worse today

Because itâ€™s the law. 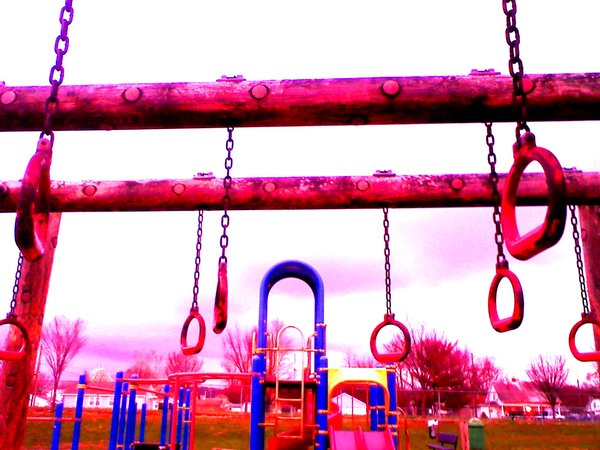 A tragedy and then a law. Does this make sense?

World’s Worst Mom is on This Morning!
Are Teens Who Sext “Child Pornographers?”

23 Responses to It Happened Once, It was Tragic, and Now It’s The Law