Here nybskzeafi
is a slightly edited excerpt from “Mamaleh Knows Best: What Jewish Mothers Do to Raise Successful, Creative, Empathetic, Independent Children,” by my friend, the humoristÂ Marjorie Ingall.

Her book blends anecdotes, history, and scientific research to show that,Â contrary to the stereotype of the overprotective Jewish mom, “Jewish mothers have actually historically nurtured their kids independence. In addition, theyâ€™ve urged a healthy distrust of authority as well as sense of humor.”

I wonâ€™t deny that life â€“ particularly city life â€“ can be scary. The first time we dropped nine-year-old Josie off in Brooklyn by herself â€“ at a Studio in a School art class on a Sunday afternoon â€“ we got stuck in traffic and were wildly late picking her up. She didnâ€™t yet have a cell phone. We didnâ€™t have a contact number for the teacher. The main office was closed.

But nothing terrible happened! Josie was upset and scared; the college-aged instructor whoâ€™d had to wait with her was annoyed. To forestall such communication problems in the future, we got Josie a cell phone.

I will mildly point out that we hear a lot of privileged parents bemoaning the way their kids are glued to their phones, while failing to note that these same phones can contribute to kidsâ€™ freedom and ameliorate our own separation anxiety. Get a grip, people. (Incidentally, it is possible to simultaneously be annoyed by a device and to appreciate that it has made life better.)

Look, weâ€™re all giving each other the side-eye, worrying that our kid will be that statistical outlier, worrying that other parents are judging us, worrying that someone will report us to the cops as reckless or neglectful. (Reader, this last one is not an idle fear. Once Maxie, then 10, was waiting for the bus home after rehearsal for a play at our synagogue. It was getting dark and chilly, but Maxie had a coat and the neighborhood street was well-trafficked, as usual. A busybody stopped Maxie at the bus stop to ask her name, where she lived, where she was going and where sheâ€™d come from. Maxie, confused, told her. The next morning, the woman called the synagogue to report that sheâ€™d met a 6-year-old girl â€“ I remind you, Maxie was 10 — who had neglectful parents who needed to be dealt with.Â Thankfully, the education director who took her call told her that he knew our family and trusted our judgment.

I think the woman meant well, in her way â€“ she gave Maxie $20 for a taxi, which Maxie gave to me, and which we decided to donate to charity. Not because weâ€™re so virtuous, but because waves of judgment and unpleasantness were wafting off that money like wavy odor lines from a cartoon skunk. We wanted it out of the house.)

Thankfully, in recent years the tide seems to be turning toward encouraging kids to have more freedom and less micromanagement. (Of course, weâ€™re talking about a privileged segment of the population here. There are still plenty of poor families and families of color in which kids are excessively scrutinized or alternatively parents are punished for not having affordable childcare options.)

I need to remind myself sometimes that if one is a human walking this planet, someone, at some point, somewhere, is going to hold up something one does as proof that one sucks at parenting. An illustration: I live across the street from the Hellâ€™s Angels clubhouse. When Josie was a few months old, I wheeled her out for a walk, and a giant tattooed, bearded man fixing his hog glared at me and yelled, â€œHE NEEDS A HAT!â€

When a Hellâ€™s Angel informs you that your parenting is substandard, you may be receiving a sign that itâ€™s time to stop worrying about other peopleâ€™s judgment. 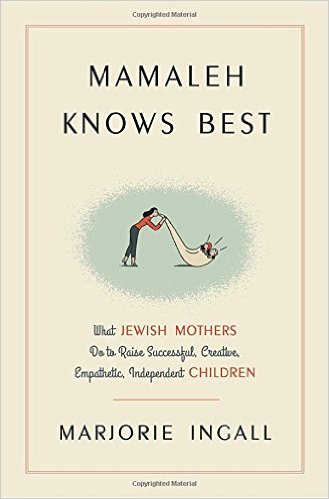 And a little chicken soup when you’re sick doesn’t hurt, either.

That B***ch Left Her Baby for Three Minutes!
Thank You, Seth Godin! We Agree!

36 Responses to Judgment, Cell Phones, and a Kid at the Bus Stop