In dhaekynreb
this interesting and fact-packed Quartz article, “WhyAre Our Kids So Miserable?“, reporter Jenny Anderson looks at a bunch of factors working against kid happiness. The biggest is the off-base belief that our kids are only learning when they are doing academic work:

According to Daphna Bassok, an assistant professor of education and public policy at the University of Virginia, in 1998, 30% of teachers believed that children should learn to read while in kindergarten. In 2010, that figure was at 80%.

Anderson goes on to quote my favorite philosopher of childhood, Peter Gray, author of “Free To Learn,” who says:

Playingâ€”unstructured time, with rules set by the kids (no adults acting as referee)â€”is how kids learn independence, problem-solving, social cues, and bravery. Now, parents jump in to to solve the playground kerfuffle, spot with eagle eyes the dangers of tall trees and steep hills, and fail to let kids have any independence for fear they will be abducted or hit by a car.
.
â€œWhere do children learn to control their own lives? When adults arenâ€™t around to do it for you,â€ he said.Â â€œIf you donâ€™t have the opportunity to experience life on your own, to deal with the stressors of life, to learn in this context of play where you are free to fail, the world is a scary place,â€ he says.

And then Anderson endorses an idea I’ve started to push for, too:

If we want our kids to play and have some freedom, we have to plan how to do it (yes, it has come to that). Facilitating time and space has to be a pre-meditated act, like signing up for soccer….Â It wonâ€™t be easy. But if we believe that our kidsâ€™ mental health is at stake, we should certainly give it a try.

It may be that more than mental health is at stake. I’m starting to think our culture needs kids who have had to rise to some unexpected, unscripted challenges, or we may end up with a population so scared of encountering problems that it demands more and more limitations and oversight. That’s not a dynamic vision.

Let’s make sure kids have ample opportunity to explore, screw up, make weird things (that’s my youth, right there) and “waste” time on their own. 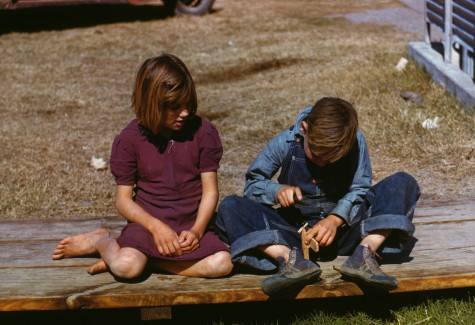