The athhisbier
parents of the boy who wormed his way into the gorilla exhibit at the Cincinnati Zoo will not be prosecuted. That is fantastic news for anyone who has ever lost track of a beloved child for a few seconds, minutes or hours — in other words, every parent on earth. (Including the Prime Minister of England, who accidentally left his kid at a pub.) As the prosecutor put it:

â€œIfÂ anyone does not believe a 3-year-old can scamper off very quickly, theyâ€™ve never had kids,â€ Hamilton County Prosecutor Joe Deters said at a news conference Monday. â€œBecauseÂ they can and they do.â€

Yes, they can. So now we return to you to our post from earlier today:

This may be the last word on the boy/mom/gorilla/zoo/internet-gone-crazy story. Kimberly Harrington at The Medium noticed something we’ve talked about here: The intense desire to blame, especially when a child gets hurt:

Iâ€™m not sure if youâ€™ve noticed, but in the aftermath of all kinds of tragedies in this country, one of the most common questions thatâ€™s askedâ€”after â€œOh my God is everyone alright?â€ or â€œHow many people were killed?â€â€”is â€œWhere was the mother?â€ (always the mother) or â€œWhat kind of horrible monster raised this kid-teenager-grown ass adult?â€

To illustrate the point that sometimes bad things just happen, even to wonderful parents, she tells this truly tragic story:

Six years ago a five-year-old girl in the same town where we now live was killed while riding her bicycle. It happened on one of the first beautiful May days that felt like summer might just come back to Vermont. She was out riding her bike with her parents walking behind, a car approached and was about to turn when he noticed she was having a problem with her bike. He waited. The parents thanked him and waved him on, no one realizing that she had suddenly sped up on her bike, and the driverâ€”not seeing herâ€”turned, pinning her underneath. Neighbors came running out with car jacks, anything, everything they could do to help free her, but it was too late. Nothing helped. They couldnâ€™t save her.

The conclusion of the local news article about her death has stayed with me six years later, â€œIt does not look like any criminal charges will be filed. Police say there is no evidence of excessive speed or negligence; this appears to be just a tragic accident.â€

Just a tragic accident. I think about those words all the time. Everything went wrong despite everyone trying to do what was rightâ€”the parents, the driver, the girl, the neighbors, everyone.

Who wants to accept the fact that we, as parents, can’t control everything?

Not that we want to court danger, or even be irresponsible. But the new notion that somehow parents can and MUST be in control of their children every day in every situation is delusional, as that sad story shows. It leads to blaming and shaming of parents, and excessive, oppressive surveillance of our kids. Rather than making children safer, it is replacing their march toward independence with the stunting entropy of waiting for mom or dad to tell them what to do and how to do it.

The belief that there are no accidents has lead to onerous, insulting laws, like not letting kids wait at home for a few hours after school. And it has lead to advice in the mommy magazines about one-in-a-million dangers, like the danger of your child being blinded by a laundry hamper. But if you really have to watch out for every possible thing that has ever hurt a single child, you will have to pulverize your child’s jelly sandwich and have her slurp it while sitting on the floor beside you, so she doesn’t choke or topple or accidentally spoon it into her ear.

In her piece, Kelly happens to lump “Free-Range” in with a lot of other parenting techniques, and that’s my one quibble, of course. Because Free-Range is not a parenting technique, it’s a way of looking at the world — a world that is pretty safe, but never perfectly so, where trust makes more sense than constant distrust. I like to think we are the non-blamers she is trying to find. – L. 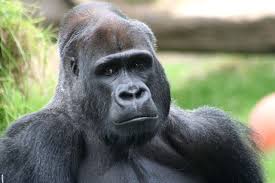 The Car Sign to End All Car Signs
Slathering My Kids in Toxic Death Cream: A Mom Sick of Advice and Warnings

67 Responses to UPDATE: PARENTS OF GORILLA BOY WILL NOT BE PROSECUTED. Last Zoo Thought: Why Do We Assume There’s ALWAYS Someone to Blame in a Tragedy?