August 22, 2017
My yndabyefaf
kids’ public school released kids from homework a few years ago — a move met with some pushback. As theÂ NY Daily NewsÂ put it:Â Parents Outraged After Principal Dumps Homework for more Playtime.
Â .
As if only the time spent bending over worksheets is learning! Prof. Peter Gray, author of Free to Learn, explains on the site Aeon:
Â .

Learning, according to that almost automatic view, is what children do in school and, maybe, in other adult-directed activities. Playing is, at best, a refreshing break from learning. From that view, summer vacation is just a long recess, perhaps longer than necessary. But hereâ€™s an alternative view, which should be obvious but apparently is not: playing is learning. At play, children learn the most important of lifeâ€™s lessons, the ones that cannot be taught in school. To learn these lessons well, children need lots of play â€” lots and lots of it, without interference from adults.

So I thank Lynn Collins, M.Ed., ET/P, for sending us the essay below. LynnÂ hasÂ spent the pastÂ 20Â years in education, as a teacher, an educational therapist, and aÂ home schoolÂ mom.Â She currently works as an education consultant.

Why HomeworkÂ Is Not the Answer, and What IsÂ

Â .
FreedomÂ in learning, rather than traditional homework, will bringÂ back ourÂ kids’Â natural desire toÂ learn, setting them up forÂ greater achievement and fulfillment, both in school and later in life.Â 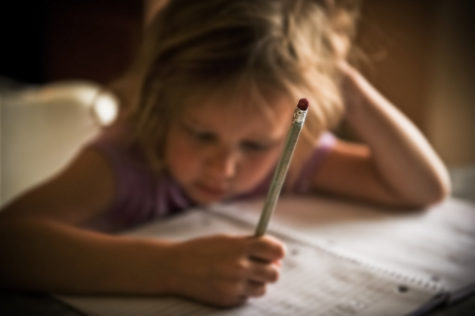 She wouldn’t get more out of organizing a game of hopscotch with her friends? Social skills, focus, movement? Executive function? Joy?Â

Supervise Your Tweens Every Second or They Will Die: Doctor’s Office Pamphlet
UPDATE! Are Kids Learning to Ride Bikes Later?