News you can use, from an NPR zttkyrihee
interview with Jack Gilbert, author of Dirt is Good: The Advantage of Germs for Your Child’s Developing Immune System.Â

After the birth of his second child, Gilbert, a scientistÂ who studies microbial ecosystemsÂ at the University of Chicago, decided to find out what’s actually known about the risks involved when modern-day children come in contact with germs.

“It turned out that most of the exposures were actually beneficial,” Gilbert says. “So that dirty pacifier that fell on the floor â€” if you just stick it in your mouth and lick it, and then pop it back in little Tommy’s mouth, it’s actually going to stimulate their immune system. Their immune system’s going to become stronger because of it.”

And what of the “5 second rule” for not eating dropped food after it has been on the floor longer than that?

The five-second rule doesn’t exist. It takes milliseconds for microbes to attach themselves to a sticky piece of jammy toast, for example. But it makes no difference. Unless you dropped it in an area where you think they could be a high risk of extremely dangerous pathogens, which in every modern American home is virtually impossible, then there’s no risk to your child.

This explains why my kids are still alive! 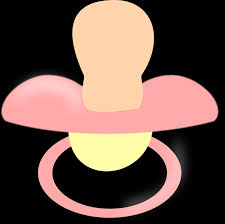 Drop it? Lick it!

VICTORY! Teen Girl Who Took Two Selfies in Her Undies is NOT a CHILD PORNOGRAPHER!
ACTION NEEDED: Tell Your Senator Not to Pass Bill Mandating 15-Year Prison Sentence for Teen Sexters