Here rtzthsakrt
are two stories sent in by a reader across the pond named James. The first illustrates how if someone bad happens to any child anywhere ever, we should ALL hear about it! And be warned! Even if it happened once in a million trillion times:

PARENTS are being warned to be cautious over the latest craze of loom bands.

The warning comes as a seven-year-old boy was left temporarily blind in one eye by one of the brightly coloured plastic bands.

And other children have alarmed parents by wrapping them so tightly they have cut off circulation to fingers.

The second story goes on at ungodly length about some children encountering what sounds like a drunk guy on the way to school:

A HULL primary school teacher is urging parents to be vigilant following reports of a strange man approaching children.

Thoresby Primary School headteacher Melissa Milner has written a letter to parents after two of her pupils were approached by a man close to the west Hull school earlier this week.

The letter states: “Unfortunately, on the way to school, two of our children passed a man in the tenfoot who was drinking.

“He asked the children their names.”

Can you imagine? Their NAMES? That’s practically violating them. And so, of course,  the kids  immediately reported this as an incident of stranger danger, and the school not only immediately issued a warning to any and all families, but also changed its entire afternoon dismissal procedure.

So remember: Be afraid of everything, plan for doom, fear the worst and you are doing your job as a parent, a school, and a society. Stay scared! — L. 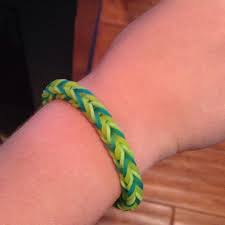 How It Feels When Your Child is MISSING at the Grocery!
Did What You Played as a Kid Influence Who You Became as an Adult?

33 Responses to Loom Bands AND Men? It’s Just Too Scary Out There!